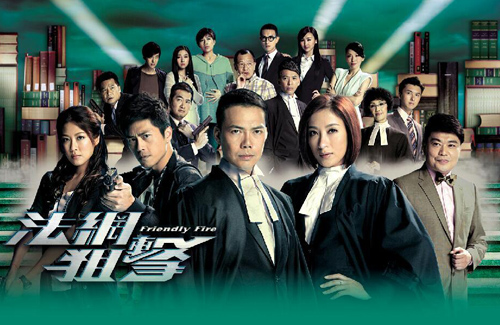 The drama stars Michael Tse as the lawyer Jay “JJ” Kam, who has been living with his girlfriend, the criminal prosecution lawyer Fong Tin Lam (Tavia Yeung) for years. After his failed attempt to propose to her, Tin Lam breaks up with him, unbeknownst to JJ. The couple moves on to separate lives.

However, fate is always a teaser. JJ transfers his position to a criminal prosecution lawyer, and meets Tin Lam again under the roof of the same law firm. The ex-couple try to work together again, but JJ and Tin Lam have very different approaches in handling the same case.

Along with the intervention of JJ’s new assistant Chuk Sheung Yuet (Grace Wong), who is seducing JJ, the ex-couple’s relationship takes a down toll, and it appears that their once loving relationship can never be salvaged. JJ also has been harboring resentment against Tin Lam ever since she rejected his proposal. That is, until he discovered Tin Lam’s true reasons for rejecting him.

Sammy Leung stars as Kam Po Tei, the adopted son of JJ’s father Kam Po Cheung (Benz Hui). JJ and Po Tei are best friends and as close as real blood brothers. As a CID, Po Tei and JJ often come across each other at work. In an operation, Po Tei meets the nemesis of his life, undercover cop Ai Mei San (Sharon Chan). While the two cops dislike each other immensely, they are always there for each other to fix their mistakes. Po Tei eventually falls in love with Mei San and confesses to her.

When the main characters are finally beginning to see a road forming ahead of them, rich businesswoman Pong Tit Sam (Alice Chan) steps in with an insolvable murder case, making their road ever more difficult and dangerous to tread on.