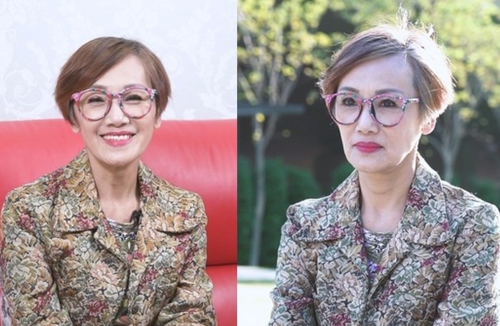 Last August, veteran actress Mary Hon (韓馬利) revealed on social media that she almost died after being diagnosed with meningitis. The 65-year-old spent a few weeks in the hospital and rested at home for a while before officially returning to work. Her near-death experience reminded her to be thankful, let go of her stubbornness, and slow down to enjoy life with her husband To Yin Gor (杜燕歌). 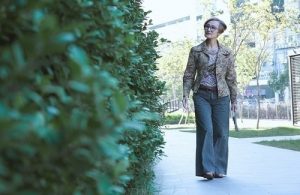 Though everything is a blur now, Mary recalled she had to go to Mongolia for work, but she had the chills and fever on the plane there. The fever didn’t go away even when she returned to Hong Kong, so her husband brought her to the hospital. “After he finished with the admission procedures, he asked the nurse to bring me a wheelchair, but I blacked out right after I sat down in the wheelchair.”

Mary was in a coma for a week, and she was completely unconscious. When she woke up, she saw that she was intubated. “The first thing I did was pick up my phone,” she shared. “I saw I had a lot of messages, and I wanted to reply, but crap, I forgot how to use my phone.”

The doctor told her she was in a very dangerous state, and she might not have woken up. Fortunately, her condition improved, and she was discharged from the hospital about three weeks later. But the road to rehabilitation was not as smooth as she expected.

“Sometimes my condition was amazing, but the next day it could be really bad, so my emotions fluctuated greatly, especially since my brain processed things slower,” Mary revealed. “I also didn’t have much physical strength, but the problem was that I was depressed.” 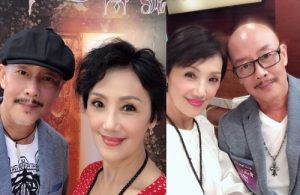 She began to have negative emotions. Her friends advised her not to think about it, but she couldn’t control herself. She felt the helplessness of a patient. Thankfully, her husband was by her side throughout the whole process. In addition to purchasing expensive tonics and making soup for Mary, Yin Gor also bought recreational items, such as chess pieces and puzzles, in hopes they’ll relieve her boredom and stimulate her brain.

“I realized what a considerate person my husband is. We’ve been married for 30 years, but he’s never treated me like this,” Mary revealed. “He thought out everything for me. It turns out he can be very thoughtful – it’s just a matter of whether he’s willing to be.”

Mary bluntly expressed she feels she owes Tin Gor a lot. Though she’s fulfilled her duties of cooking and cleaning, she neglected her husband, and they grew distant over time. “I’m so happy I got to see my flaws through this illness. I should make up for it and be a gentle wife as much as possible, let him make the decisions, and be more mindful of his wants and needs.”

Mary Hon Reveals How Her Hallucinations Terrified Her