Michael Tse Has Not Changed His Clubbing Habit? 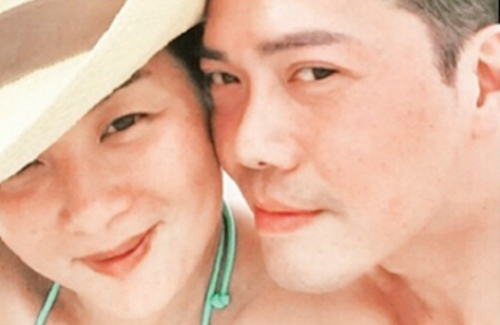 Although Michael Tse (謝天華) became a father in February when his wife Tina Lee (李天恩) gave birth to a baby boy, local tabloids claim he is still a fan of hanging out in nightclubs. Last Thursday, the 48-year-old artiste was spotted in PLAY Club, a nightclub in Lan Kwai Fong that Myolie Wu’s (胡杏兒) boyfriend, Philip Lee (李乘德), had invested in. Michael was also photographed leaving in a taxi with a girl who possesses a 36D-inch chest.

Back in 2009, reporters caught Michael partying in a nightclub and shot photos of him together with young artiste, Lulu Wong (王璐瑤). Allegedly, Tina had been so enraged after hearing the news that she ended up in a hospital. However, it appears that Michael had not stopped his partying habits. When PLAY Club earlier held a party for its 6th anniversary, he took the chance to invite Gigi Fu (傅明憲), Lisa Chong (莊思明), and other friends to chill at the venue.

At around 3:00a.m., Michael appeared quite drunk and walked out of the nightclub with two girls. Although there was not much communication between them, one girl with a 36D-sized chest held onto Michael until they boarded a taxi. She and Michael sat together in the back seats, while the other girl sat in the passenger seat.

In a phone interview yesterday, Michael sounded calm when questioned about his trip to the nightclub and expressed he is unafraid that it will anger Tina. He expressed, “It was PLAY’s 6th anniversary, and my wife knew beforehand that I was going.” Michael added that he spends almost all his time away from work with his wife and son. Tina also constantly updates her Weibo blog with photos of Michael’s interactions with the little boy.