Hong Kong actress, 49-year-old Michelle Reis (李嘉欣), had slowly faded from the spotlight since her marriage to wealthy business man Julian Hui (許晉亨) in 2008. The last time she was seen on screen was 10 years ago in a cameo for the movie Bodyguard and Assassins (十月圍城). Other than that, she has only appeared in public events and commercials. However last month, Chinese variety show Real Actor <演員派> successfully invited Michelle to become one of their mentors.

Why did Michelle suddenly decide to make a comeback after retiring from the screen for over a decade? One rumor is that she has become bored with her socialite lifestyle and longs to be on screen again. The other is that even though her husband is the heir to the Hui family business, his late father has placed $43 billion HKD assets in a family trust fund after passing away. This trust fund is managed by a professional agent and no one in the family has direct access to the funds. So even though Julian comes from such a wealthy background, he and Michelle are only able to access $2 million HKD a month.

Another reason that Michelle may have agreed to appear on Real Actor is that her salary is rumored to be 50 million RMB. However as China has now implemented a cap on salaries, it may be a lower amount but it is still estimated to be eight figures, which is much higher than Julian and her monthly allowance from the trust fund. 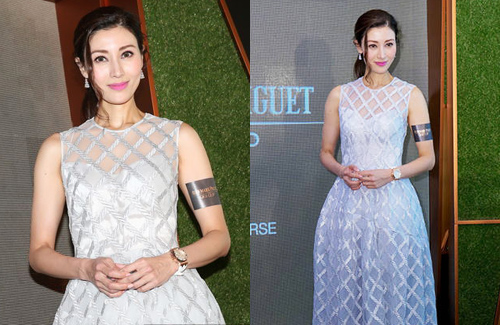