Michelle Ye May Not Marry Until 60 Years Old 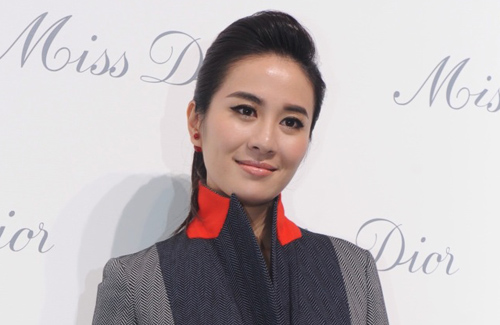 Acting since 1999, Michelle Ye’s (葉璇) career has expanded to working behind the scenes as a producer and scriptwriter. Her greatest ambition is to have viewers enjoy her creations, which also serves as motivation to continue and learn in the industry. Although her career-oriented attitude makes it hard to find time for love, Michelle is in no rush since she has learned to become independent at a young age.

If Michelle had to choose, acting is actually her least favorite job in comparison to scriptwriting and producing a series. She loves to be creative and appreciates the amount of control a scriptwriter and producer receive. “I can do whatever I want with a production, whereas actors aren’t able to. There’s nothing you can do if you get a bad script and costume when you’re an actor.” However, Michelle is quick to agree that being a producer meant facing a heavy amount of pressure.

No matter how much work Michelle had to do, she preferred completing everything herself to get the desired results. At first, Michelle found other scriptwriters to help out, but their work was unsatisfactory. She expressed, “Of course it’s best to have others do the work while you earn the credit, but I realized that’s not possible. The more you want to glorify, the more you’ll have to suffer. It’s entirely equal.” There was one year when Michelle suffered from the stomach flu for three months, but she never stopped working and wrote the script on her laptop in bed.

Speaking of social pressure from the media, Michelle expressed she only cares about the opinions of those she values and those who value her in return. Although often linked with elite rich men and her male co-stars, Michelle remained unfazed. “Maybe it’s due to the fact that I’m nearsighted since childhood. Those people whom I cannot see, I don’t know how they’re looking at me.” As for strangers, it did not really matter what they thought of her.

Michelle’s parents’ divorced when she was only nine years old. She recalled, “That day, my mother left the house with a large furniture truck. She left a $3000 check on the bathroom ceiling, and told me to use it when I needed to. I cried and asked her not to leave, but she left anyway.” When Michelle turned 13, she moved to the United States and lived alone. Her father gave her $500 USD each month, but half was paid for rent, school fees, and meals. After being accepted into a university with full scholarship, she never spent her father’s money again.

Since childhood, Michelle has learned not to rely on others. Thus, she is currently not in a hurry to find a boyfriend. “I don’t feel lonely because I’m used to being alone,” Michelle said. Concentrating on work, Michelle added she might follow Liza Wang’s (汪明荃) steps and not consider marriage until the age of 60.