After leaving TVB in 2005, Michelle Ye (葉璇) expanded her career to acting in the film industry and Chinese dramas. As her experience and passion grew, Michelle moved beyond being an actress and had taken on the role of a producer, a screenwriter, and an owner of a production company. Recently returning to Hong Kong, Michelle spoke about her journey in the entertainment industry and her outlook on romance. 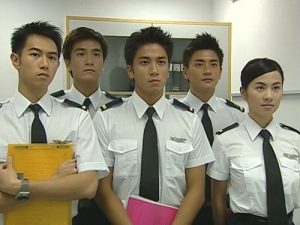 Beginning her career after winning Miss Chinese International, Michelle was once TVB’s rising star before choosing to leave the station for other opportunities. As Michelle remembers her time there, she has no complaints, “TVB was very supportive. After I left, TVB bought some of my dramas and allowed me to develop internationally.  I was first trained by TVB and then the world of opportunities opened up for me. “

Michelle shares, “I believe as long as there is passion and physical strength, it doesn’t matter where the stage is. An artiste can still show her talent. Everyone’s choice is different and they have their own paths. I believe my choice was right for me.”

Michelle does not rule out working with Hong Kong stations again, “I’m not against working in Hong Kong for any production, but it depends on the time and script. I am from Hong Kong, so I am open to contributing to Hong Kong’s productions.”

Multifaceted Career in the Entertainment Industry

In recent years, Michelle had the opportunity to become a producer, screenwriter and owner of a production company. Michelle reveals her favorite role, “I like being a screenwriter the most because it’s the most creative. Directors, producers and actors all depend on the script and they add a second and third layer of their creativity. I like being creative.”

As a matter of fact, Michelle has been a screenwriter for eight years and The Ninth Widow <第九個寡婦> was her first work. At that time, Michelle was writing under a pseudonym, Phoenix: “At first, I was embarrassed to use my real name and I was worried that other people will have biases when they read my script. It has been a few years now, and I feel that I can let other people know.”

As a talented screenwriter, Michelle draws inspiration from things around her, “I like watching current social affairs and the news. I would put public concerns in the script, because it connects with the audience’s mind and attracts everyone to watch.”

Not Eager to Marry

After breaking up with fashion stylist, Mr. Xiao Mo (小默先生), Michelle feels fortunate to be surrounded by friends and is currently dating. As a career-oriented woman, Michelle thinks romance is indispensable even if she is not looking for marriage, “It is enough to find a committed partner and be happy. It’s okay to just be together. Getting married is not necessary. Dating is an enjoyable process and it keeps me young.”

With a pessimistic view of marriage, Michelle continues, “How long does marriage last? Marriage and divorce are like games. I have many married friends who are divorced or in the process of divorcing. Getting married is not important.”

Offering the following advice to women, Michelle said, “There are other more important things like contributing to society, self-cultivation, caring for people around you and changing the world. All of that can make the world a better place.”

Michelle Ye on Lack of Fatherly Support During Youth: “I Think He Was Toughening Me Up”

Michelle Ye Cryopreserves Eggs; Can Have Kids in Old Age 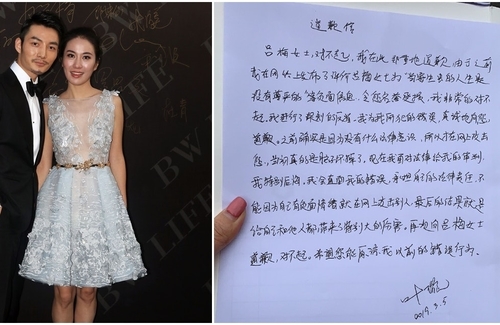