Many celebrities keep pets at home, and dogs are very popular choices during the pandemic due to their loyalty and companionship. However, anxious dogs can act out and bite, ranging from mild to more fatal attacks. Below are seven celebrities who were unfortunately involved in dog attacks.

In 2016, Elaine Yiu (姚子羚) was attacked by her mixed breed dog “Tung Jai”. This was surprising as she had adopted him as a stray many years ago. Receiving six to seven scars on her face, Elaine had to take one year off work to recover. Despite the attack, Elaine did not give up on her beloved dog and often encourages others to support animal adoption.

In 2017, Super Junior member Choi Siwon’s French Bulldog “Bugsy” bit his neighbor, a famous Korean restaurant owner. The neighbor was sent to the hospital immediately, but unfortunately passed away a few days later due to blood poisoning.

Siwon had previously indicated that his dog was very aggressive, and would take him to training classes every week. At the time of the attack, Bugsy was not leashed. Netizens berated Siwon for being irresponsible, and felt that he should be reprimanded by the law.

However, the neighbor’s sister stated that the victim had a good relationship with Siwon and decided to not sue him. Siwon attended the victim’s funeral and visited his home many times to apologize for the tragedy, and the family has since accepted his apology. 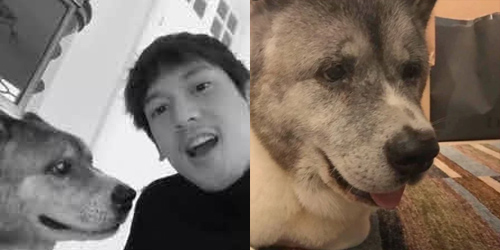 In 2008, Kenny Kwan (關智斌) and his Akita Inu “Rice Ball” got into an altercation with his neighbor’s Chow Chow in the elevator. In an attempt to protect his dog, both of Kenny’s hands were bitten by the Chow Chow. When Kenny saw the 30 teeth marks on his bloody hands, he felt faint afterwards and was taken to the hospital immediately. 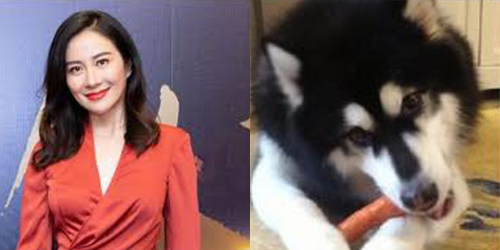 In 2015, Michelle Ye’s (葉璇) Alaskan Malamute dog attacked actress Li Yixiao (李依晓), who was seriously injured with seven lacerations spanning from her head to ear. In total, she received 20 stitches and had five rounds of reconstructive surgery.

Michelle sent nutritious soups and medication to Li Yixiao, who initially indicated she was not angry at Michelle. However, later she changed her mind and decided to sue Michelle, but the latter ultimately won the court case. 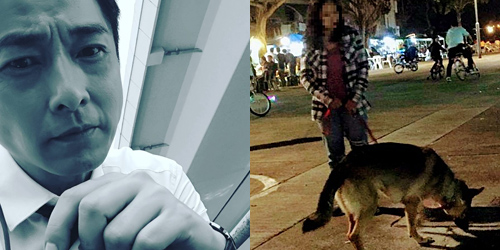 In 2019, actor Deno Cheung’s (張松枝) 10-year-old son was playing in Cheung Chau and was bitten in the ankle by a stranger’s dog. The dog owner did not apologize, and pretended as if nothing had happened. Deno immediately reported the incident to the police, but received a letter from the Agriculture, Fisheries, and Conservation Department stating that they were not able to lay charges due to insufficient evidence. 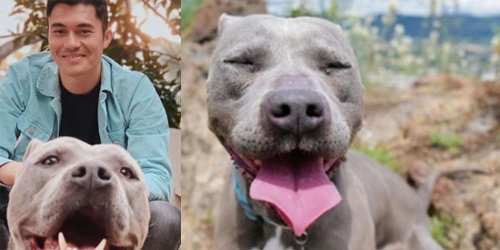 In April 2020, Henry Golding’s foster pitbull, Stella, attacked a smaller dog at a dog park in Los Angeles. The Crazy Rich Asians star had fostered his pitbull, who is from a local animal shelter, for one month when the attack occurred. Though the smaller dog’s owner was furious at the actor over the incident, Henry reportedly offered to pay for the medical bills. 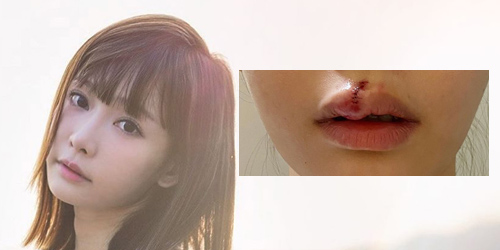 In 2020, Super Girls member Aka (趙慧珊) shared upsetting photos of the stitches on her upper lip due to a dog bite. Volunteering at a dog shelter, she was bitten by one of the stray dogs. It was the second time she had seen this dog and although they were happily interacting for the first 30 seconds, the dog suddenly leapt at her face and bit her.

Rushed to the hospital, Aka got nine stitches on her upper lip. While worried about scarring, she lightened up the situation by joking that her eyes were in worse condition due to her continuous crying. Though dogs are humans’ best friends, Aka warned others to be careful when interacting with unfamiliar dogs as they may not understand your motives. 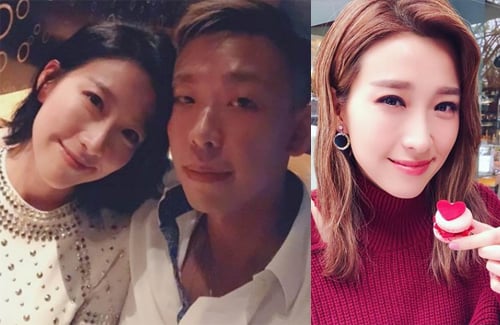