Known for her straightforward personality and candidness, Michelle Ye (葉璇) has been spilling the inside scoop on the workings of the entertainment industry. In a recent episode of Hot Mom Academy <辣媽學院>, Michelle boldly shared about her experiences when she was an upcoming actress and how she once felt oppressed by her former co-star Kingdom Yuen (苑瓊丹).

At the time, Michelle realized she was not the only artiste who received this treatment. “Myolie Wu (胡杏兒) and I were filming Triumph in the Skies <衝上雲霄> together. She asked me if I had ever been bullied by a senior actress when I first started in the entertainment industry. I told her that there was one, and she also confessed that there was one for her too. We both later said the person’s name out loud, and it turned out to be Kingdom Yuen (苑瓊丹). We both started talking about how terrible and strict Kingdom was, and how she bullied and lectured us.” 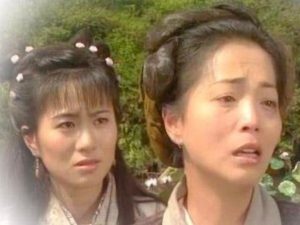 Despite an initial negative experience with the seasoned actress, Michelle eventually realized Kingdom’s intentions later in her career. “After more than 20 years when I finally learned how to properly act, I invited Kingdom to star as one of the main actresses in The Purple Hairpin <紫釵奇緣>. Without Kingdom’s harsh treatment, I would not have grown and matured. My first acting gig was in Gods of Honour <封神榜>, where she portrayed by mother-in-law. When I was younger, I thought it was bullying when someone would take away scenes from you and reprimand your acting and have you re-do every scene. In actuality, it was that I was not good enough and not performing up to par.”

As to her personal experience in working with less experienced artistes, Michelle recalled, “When a person is portraying a character poorly, he/she would feel that I am wrong for teaching him/her. These things do happen. We just have to see how this artiste turns out later down the road. Perhaps in the future, the artiste will understand where I am coming from, just like I am now grateful towards Kingdom.”