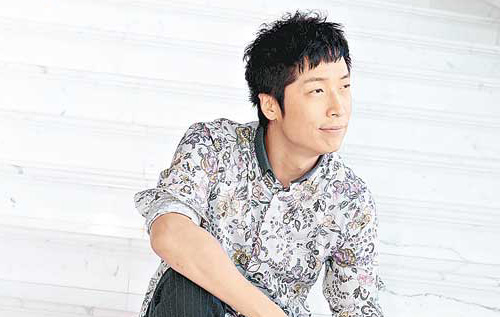 Recently, TVB was in an embattled state, facing the exodus of its production staff and continuing the long-time struggle over royalty provisions with the “Big Four” recording companies, which consisted of EMI, Sony Music, Universal Music, and Warner Music Group.  TVB Vice Chairman, Mona Fong (方逸華), was extremely angry over the state of affairs, ordering top three executives, Norman Leung (梁乃鵬), Lee Bao On (李寶安), and Stephen Chan (陳志雲) to solve the crisis of the talent drain in the artist department, while specifically stating that Steven Ma (馬浚偉) should be retained at the company.

With the Hong Kong government’s approval of operating licenses to three free television stations next year,  a wave of high staff turnover occurred within TVB.  Aside from fadans, siu sungs, and singers expressing their intention to leave the nest, numerous top executives, producers, scriptwriters, and even veteran supporting actors also launched “The Great Escape” [to rival stations]. In charge of TVB, Mona Fong was very dissatisfied with the news reports over the past few days.

Steven Ma Moved to Tears in Front of TVB Management

To avoid further deterioration in the current state of affairs, Mona Fong enlisted the help of TVB’s top three executives, Norman Leung, Lee Bao On, and Stephen Chan to resolve the company’s internal and external issues, while stabilizing staff morale. The first issue to address was the recent high staff turnover, requiring the top three executives to understand the root of employee dissatisfaction and the cause of their intent to leave TVB. Second, did the collective resignation of high-level management validate outside rumors that the salaries were indeed low and the hours were very long? Finally, regarding the problem with the “Big Four” music companies, it was also necessary to retain talent at the company.

Among the three main issues to address, Ms. Fong requested that Steven Ma’s contract be handled first. He was the first artist asking to leave with an unexpired contract. Allegedly, Ms. Fong noticed Steven Ma’s recent performances, including The Life and Times of a Sentinel <紫禁驚雷>, cooking show Apprentice Chef <大廚出馬>, and Book of Words <正識第一>. Considering Steven to be a talented artist, Ms. Fong did not understand why he possessed the intention to leave TVB. Ms. Fong specifically pointed out that she hoped to retain Steven at the company.

There were rumors that Steven Ma was in tears at an earlier dinner between TVB artists and management. It was understood that Steven did not shed tears for himself, but was worried over the future prospects of TVB. Steven confided to Norman Leung regarding the plight of the little-known state of TVB artists. Steven hoped that TVB management will place importance upon the matter, as an increasing number of artists would otherwise leave, resulting in greater losses for TVB.

Although Ms. Fong did not enlist the help of Virginia Lok (樂易玲) in her emergency response plan, Ms. Lok worked with rumored rival, Catherine Tsang (曾勵珍), to initiate meetings with TVB artists and greater understand their feelings.

Held in high esteem by Mona Fong, Steven Ma noted that he was unaware of the situation. If the praise were indeed true, Steven indicated that he felt very happy and appreciated Ms. Fong’s praise. Asked why he had cried at an earlier TVB management dinner, Steven  said, “That dinner was between artists and TVB management. These type of dinners occurred on a regular basis. That night, Norman Leung and Li Bao On were present.  I drank a bit of alcohol and we discussed some unhappy issues. I expressed my feelings about the company and hoped TVB can do better.”

Asked what matters made Steven unhappy, he said, “I asked Norman Leung not to broadcast my dramas during inopportune times, such as holiday periods. In fact, it was not much. I just felt emotional and shed tears!”

Since TVB appeared to possess great sincerity in retaining him, will Steven remain at the company? Steven replied, “I am currently filming a series. Stephen Chan did contact me. However, I did not have time [to meet yet]. This situation takes time to resolve.  Give me some time. I need to think carefully about the future!”

Stephen Chan did not return the reporter’s call before the publication deadline. Normally attending church every Sunday, he was not seen yesterday.

Jayne: Steven Ma and Wong Hei’s blunt criticism of TVB’s recent inept management over talented artists were not in vain. Their words finally reached TVB management’s ears. Despite this, Steven and Virginia Lok’s relationship is so poor that he will likely not continue to remain at TVB.