“My Lover from the Planet Meow” Debuts a Satisfying Premiere 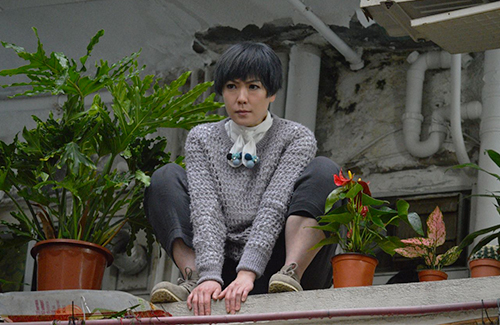 Headlined by Moses Chan (陳豪), Kristal Tin (田蕊妮), and Nancy Wu (胡定欣), the sci-fi comedy My Lover from the Planet Meow <來自喵喵星的妳> debuted on Monday to successful ratings. The series premiere, which aired on October 17, averaged 25.5 points and peaked at 26.4 points, pulling in 1.77 million viewers at the highest.

The drama, produced by Steven Tsui (徐正康), brings back the same cast and crew from last year’s Ghost of Relativity <鬼同你OT>, which was the highest-rated drama of 2015. Planet Meow is also the first of three anniversary dramas airing this year for TVB.

Planet Meow stars Kristal as Miu Miu, a cat-like alien from a distant, technologically-advanced planet. She looks after her beloved human master Sze Sze (child star Celine Yeung) from above. After watching Sze Sze suffer from her parents’ deteriorating relationship, Miu Miu decides to visit earth again to help her master, this time in human form.

Miu Miu, as a human, encounters the bone-setting master Ko Kwai (Mimi Chu), who hires her. By chance, she ends up working for Sze Sze’s father, Garfield (Moses Chan) at his research company. Miu Miu is protective of Garfield, and is aware that his superiors, Hill (Eddie Kwan) and Natasha (Vivien Yeo), have been plotting against him. Though Miu Miu works hard to fix Garfield’s relationship with his wife Cat (Nancy Wu), Miu Miu can’t help but to fall in love with him.