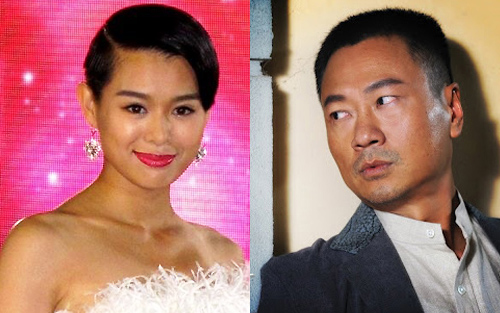 It is confirmed that Sheren Tang (鄧萃雯) will not be returning to Rosy Business 3 <巾幗梟雄 3>.

Being the soul of the Rosy Business franchise, Sheren’s name was shockingly striked from the third installment. Due to her rumored contractual issues and high demands, Sheren reportedly was cut out from the series and replaced by Myolie Wu (胡杏儿).

The lead actress replacement was widely discussed by netizens. Many have called TVB to reconsider their choice and some even threatened a mutiny to not watch the series.

In response to the controversial replacement, Producer Lee Tim Shing (李添勝) revealed that he wanted to instill “new blood” and revitalize the Rosy Business franchise.

New Blood in the Drama

Despite being dubbed as part of a trilogy, Rosy Business 3 will have a fresh storyline. The series will focus on the romantic and passionate first love between young couples. Myolie Wu, Wayne Lai (黎耀祥), and rising TVB actor, Edwin Siu(萧正楠) will star in the drama. The trio will develop a complicated relationship against the backdrop of a turbulent era.

Past key Rosy Business supporting cast members, Susan Tse (謝雪心) and Ngo Ka Nin (敖嘉年) have been dropped out from the series too.  Tim Gor said, “I will start filming in February next year. I checked their schedules; they can’t reserve their time for me.”

As Tim Gor indicated that he wanted a new pool of actors to revitalize the series, questions arise as to why Wayne was included. “I did retain Wayne. If I do not even retain him, the entire series will be beyond recognition. There isn’t any core character, then we can’t name the series as Rosy Business anymore!”

Tim Gor specifically handpicked Myolie as the female lead in Rosy Business 3. This will be their first collaboration. As many viewers have criticized Myolie for her exaggerated acting, Tim Gor replied, “Myolie Wu is the fadan that I wanted most! Actually, she has been acting quite well. Maybe nobody has pointed out to her; on the set, she exerted too much ‘strength’ in her acting. In Rosy Business 3, I will help her to restrain a bit and her acting will be fine-tuned.”

Tim Gor also hoped to bring out the potential of Myolie, “I hope that under my guidance, Myolie will glow. She already expressed to me that she is willing to participate and looked forward to the collaboration. ”

Tim Gor dismissed that Sheren had been left out from Rosy Business 3 due to her diva attitude and unreasonable demands. “Working with Sheren in the past, she has always been devoted to acting well.”

For the third series, Tim Gor revealed that he had difficulty writing the script if the golden couple, Wayne and Sheren still remained in the show. “Sheren and Wayne are very compatible. The more compatible they are, the more difficult it is to write a script. I gave them a beautiful love story and I had written it all there. I did not reserve anything. I gave it all to them!”

Tim Gor further added, “They had a subtle love the first time. For the second time, it was an ‘earth shattering’ love! How do we want them to love for the third time? I scratch my head and still can’t think of a story!”

Responding that she was ousted from Rosy Business 3, Sheren replied, “My schedule for February and March next year is already full. I do not have any reservations on acting in the series. TVB has not called me to discuss. Regarding this matter, Tim Gor also did not call me. I also do not know if they still want me to act in the series. I really do not know about this matter. ”