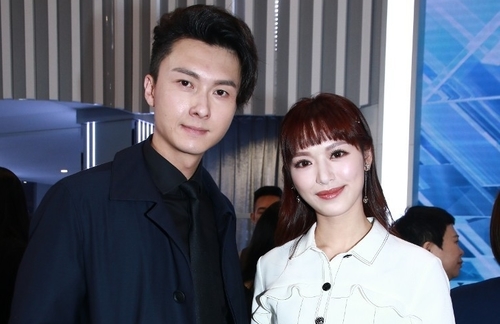 A string of TVB series slated for a release in the coming year was revealed to the public at the Hong Kong International Film & TV Market exhibition (FILMART) yesterday. Of the dramas promoted, Al Cappuccino <極道怪咖>, a crime comedy starring Vincent Wong (王浩信), Crystal Fung (馮盈盈), and Owen Cheung (張振朗) stole the show.

In the Al Cappuccino trailer premiered at the event, hilarious scenes ensued laughs from the audience. For one, Owen, who plays a OCTB undercover, cross-dressed as a nurse and bared his fake cleavage. Then, he was seen kissing Vincent, a theatre actor who was hired to go undercover as a triad boss by the police in the drama. But the most shocking yet was when Vincent accidentally ripped Crystal’s shirt, revealing her black bra and cleavage.

“I was very embarrassed filming that scene,” Vincent admitted. “The scene required me to throw up on her because I was drunk and tear her shirt accidentally while trying to wipe off the vomit. Thankfully, Crystal held my hand and showed me where to hold onto and which areas were safe to touch. My eyes were pretty much shut during the whole time.”

However, there were some viewers who questioned whether Crystal’s cleavage was due to padding or a NuBra. “I can honestly say I definitely did not use those,” Crystal said a matter-of-factly. “I only tightened my bra. I put a lot of work into exercising just for that scene.”

She said she was worried everyone would screen capture her so she tried to make her figure more robust by working out. When the reporter asked Vincent if Crystal was too chatty, he praised her, “Being a host is very different from being an actress. While shooting, she would speak up if there were anything she didn’t understand. She will do her part as an actress well and show the audience.” 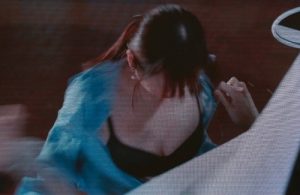