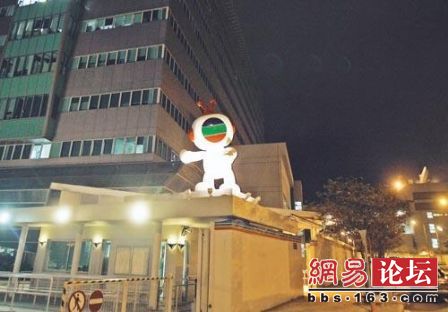 Television Broadcasts Ltd. (TVB) announced that its biggest shareholder, Shaw Brothers, will be selling its 26% stake in the company to three investors, led by ITC Corp. Ltd’s Charles Chan Kwok Keung. The sales transaction will be completed by March 31, 2011. Although the value of the transaction was not announced, based on TVB’s current stock price of $45.90 (HKD), the transaction is expected to close at approximately $5.23 billion (HKD).

Charles Chan is a Hong Kong businessman whose strength was in acquistions. The other investors who are interested in purchasing significant shares in TVB include Cher Wang of HTC of Taiwan and Providence Equity Partners, an American equities company.

TVB said that Sir Run Run Shaw will remain as Chairman and Mona Fong will remain as the Deputy Executive Chairman after the company’s share sale. Three new board members will also be nominated, including Ms. Wang and Mr. Chan, who had invested in TVB’s Hong Kong pay-TV venture earlier.

TVB’s co-founder and Chairman, Sir Run Run Shaw, also owns a 6.23% stake in TVB through the Shaw Foundation. The 103-year-old Mr. Shaw intends to sell a portion of the Foundation’s stake to an independent third party before the larger sales transaction of the Shaw Brother’s stake.

Charles Chan is a Hong Kong businessman and currently Chairman of ITC Corporation. He has over thirty years’ international corporate management experience in the construction and property sectors as well as in strategic investments. Mr. Chan, dubbed by the press as the “King of Shells” due to his acquisition strategy in building his conglomerate empire, has close ties to billionaire, Li Ka Shing. Mr. Chan specializes in acquiring companies and then selling his stake at a higher market valuations. During the dot com boom in 2000, Mr. Chan acquired Colliers International (oil and gas predecessor), to sell the majority stake to PCCW and Japanese Optical Communications. Mr. Chan once owned a total of fifteen listed companies, including Oriental Charm and Sing Pao Daily News at one point in time. Since his portfolio of companies carried a large level of liabilities, Mr. Chan was rumored to have been financially unstable during the economic recession.

Mr. Chan is married, but was romantically linked with actress, Michelle Ye Suen. The paparazzi snapped photos of Mr. Chan dancing intimately with Michelle Ye at a nightclub in 2006. Mr. Chan also had rumors with TVB artist, Sonija Kwok Sin Lei in 2006. However, Mr. Chan denied rumors with both actresses.

Jayne: Although TVB announced that Sir Run Run Shaw and Mona Fong will remain in their respective positions as Chairman and Deputy Chairman after the transfer in ownership, I expect many changes to lie ahead. Due to Sir Run Run Shaw’s age and Ms. Fong not wanting to continue to run TVB after his imminent death, they decided to sell TVB and cash in on the deal. Shaw Brothers has been looking to sell its stake since 2008 but could not find a suitable investor due to the financial recession.

I am a little saddened to hear about Shaw Brothers selling its stake in TVB. What does it mean for TVB’s future now that Charles Chan will become the majority stakeholder? What impact will this have on its family television dramas? What does this mean for fans?

Mr. Chan is bound to bring in his own management people. I first heard of Mr. Chan’s name through his past rumors with Michelle Ye and Sonija Kwok. From his business reputation, Mr. Chan appears to be more of a speculator, hoping to invest in companies which he can sell his stake at a higher price.  At the same time, his background does not lie in the entertainment industry and is his interest in TVB long-term?