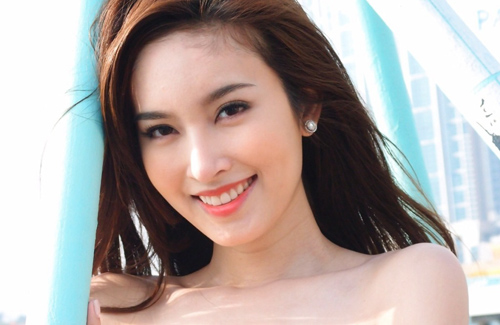 Even though Thai transgender actress Poy made Nick Cheung (張家輝) doubt his own sexuality, Nick is open to working with her once again, even in heavy flavor scenes.

Nick and Poy’s passionate kissing scene generated a lot of buzz for their latest movie The White Storm <掃毒>. Crowned as Thailand’s most beautiful transgender woman, Poy exudes a soft, feminine charm that allegedly mesmerized co-star Louis Koo (古天樂). Playing Nick’s wife in the movie, Poy shared many scenes with the film king and the two developed a close friendship. Along with Louis and Sean Lau (劉青雲), the four respect each other as siblings and would often spend time together off the set.

Cast members celebrated over dinner on December 9. Nick behaved like a mischievous older brother as he and Poy spoke to the press, teasingly proclaiming that Poy has her heart set only on Louis. Although their passionate scenes are one of the major selling points of the movie, Nick seemed too embarrassed to show them off to his wife Esther Kwan (關詠荷), covering her eyes during the ten long seconds of heated french-kissing.

Nevertheless, encouraged by a positive filming experience, Nick would gladly play a couple with Poy once more in the film’s rumored sequel. He is also open to sharing more heavy flavor scenes with her should the script require it, quipping, “You all know that I am an artist. I must sacrifice for my art.” He however hopes to explore dramatic films this time around, perhaps tired from his recent string of action-heavy productions.