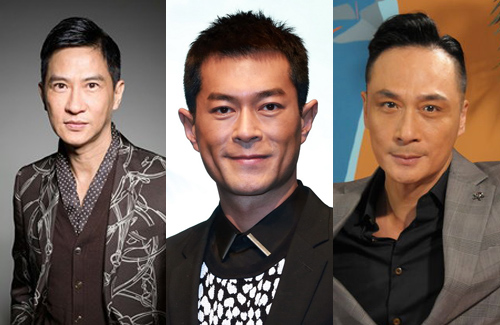 Undoubtedly one of the most popular dramas in the last couple of years, Line Walker <使徒行者> will be adapted into a movie. With Charmaine Sheh (佘詩曼) remaining as the lead actress, the movie will feature Louis Koo (古天樂), Nick Cheung (張家輝), and Francis Ng (吳鎮宇). Unfortunately, Raymond Lam (林峯) will not be reprising his role.

Joining the project are ex-TVB producer Tommy Leung (梁家樹) and Wong Jing (王晶), who is stepping in as the movie’s consultant.

Similar to the original plot of the series, Charmaine is laden with the task of finding the six mysterious undercover agent. Helping her will be Q-sir (Francis Ng), who is a smart and quick-witted cop.

Infiltrating the triads once again, Charmaine will face the dangers of the underground world and will be thrown into the middle of two notorious gang members: Louis Koo– who plays an unconventional drug lord whose actions are always a mystery, and Nick Cheung– a careful, tactical, and coldblooded killer who does not let anything stop his goals.

During the operation, Charmaine receives a shocking text stating that the sixth undercover is either Louis or Nick. Determined to finish her mission, Charmaine throws her life on the line and becomes tangled with the triads.

Slated to be one of the biggest productions next year, Line Walker the movie received a $85 million HKD budget to accommodate filming in Brazil. The cast was reportedly compensated  handsomely, with Nick, Louis, and Francis receiving $20 million HKD, $15 million HKD, and $10 million HKD respectively.