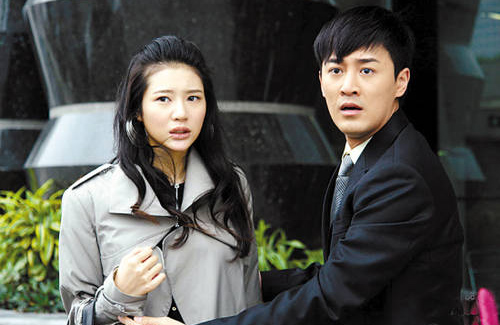 Twenty-seven-year-old mainland Chinese actress, Vionn Song (宋汶霏), who starred alongside Bosco Wong (黃宗澤) and Raymond Lam (林峰) from Growing Through Life <摘星之旅>,  passed away due to uterine cancer. She died in her Guangzhou residence on March 3 at 12:30 AM. Zhang Lingzhi (章齡之) broke the news of Vionn’s passing on her blog.

Vionn Song was born on May 30, 1985. She rose to stardom in 2008’s Dancer <舞者> and was well liked for her role in 2010 TVB series, Growing Through Life, where her character was involved in a complex love triangle with Bosco and Raymond.

It was revealed to the media that Vionn has been sick for a while and underwent chemotherapy treatment twice. However, due to her filming schedule, Vionn also delayed her treatment for 4 months.

Lingzhi Zhang and Vionn became close friends after filming Dancer <舞者> together. “When she first found out about illness, she had the time and opportunity to treat it. But she insisted on completing the shoot first and delayed treatment for 4 months. When she was ready to start the treatment, it was already too late. Vionn is an extremely strong girl. The last time I saw her was at my wedding. She was in good spirits at that time, chatting and laughing with the other guests.”

Lingzhi Zhang also shared that Vionn was adamant on completing the shoot because of her family’s financial situation. She was in need of money and could not take off from filming to treat her cancer. The last film that Vionn starred in was Looking for North <找北> in 2012.