Patty Hou Lost Her Sense of Self After Becoming a Mother 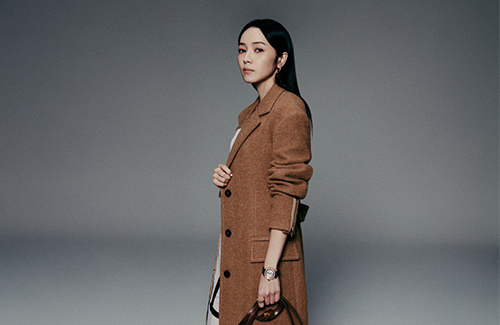 After tying the knot with longtime boyfriend Ken Huang (黃伯俊) in 2011, Taiwanese superstar MC Patty Hou (侯佩岑) realized that she was not quite ready for the next chapter of her life. Now a mother of two sons, the 42-year-old said she started to lose her sense of self while trying to manage the duties of being a mother and a presenter.

“I realized that I was slowly throwing myself away,” said Patty in a new interview. “Of course, this was all my choice, but I was so engrossed with work [and being a mother], that I started to feel guilty for taking even a 10-minute long shower.”

Fortunately for Patty, the “Mr. Doesn’t Matter” in her life helped her balance the hots and the colds. “I really want to thank my husband. He’s never had assumptions of what a wife or a mother should do. Whenever I’m stressed, I would ask for his advice. He’ll comfort me and say ‘it’s okay’.”

Despite being a successful entertainer and celebrity, Patty actually never enjoyed being the center of attention. “I am someone who lacks confidence and a sense of security. Whenever I come across things that are challenging, my first thought would be to say sorry.”

While still working as a presenter at a TV station, Patty had considered quitting several times. When she received the notice that she was chosen to be the host of the Golden Horse Awards, her first thought was to assume that the invitation was a mistake.

It wasn’t until her close friends and colleagues told Patty to believe in herself when Patty put a stop to her never-ending self blaming.

Patty still has two wishes she wants to fulfill: the first is releasing a children’s book. She said, “I want to write about two people from two different worlds, who take on adventures as they learn about each other. I believe that the happiest thing in the world is to be able to tell a story where both the parents and the kids can relate to it.”

Her other wish is to be able to set aside her daily woes and just lie down, gaze at the sky, or simply watch TV with no worries and concerns. Let the Patty Hou, who still strives to improve, to have a good rest.