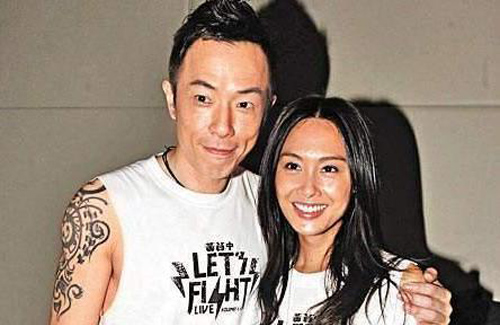 On November 22, Paul Wong (黃貫中) published a shocking statement about his father on his Weibo, vowing to kill his father if he ever laid hands on his mother and wife, Athena Chu (朱茵). The 300-word emotional letter had incurred the discomfort of netizens and fans, all urging Paul to seek legal help if his claims were true.

Paul’s close friends and colleagues in the industry, however, expressed their shock at Paul’s strong allegations against his father. In Paul’s statements, he implied that his father had been physically abusive to his mother and Athena; however, Paul’s 80-year-old father, who suffered a serious stroke last year, is currently confined to a wheelchair. A friend close to Paul’s family said that it is impossible for Paul’s father to be physically abusive to Athena since his father is physically challenged. In fact, it was Paul himself who announced his father’s stroke on his Weibo last year.

Paul’s close friends further stated that Paul’s claim on his father being abusive to his mother as “impossible”, revealing that his parents had divorced many years ago and were no longer in contact. Paul’s father had single-handedly raised his three sons, and the Wong family rarely met up with Paul’s mother. Most of Paul’s close friends had never met Paul’s mother before as well.

Paul’s friends also claim that Athena is close with her father-in-law. Athena originally lived with Paul’s father in their village house in Tai Po, but after Athena’s pregnancy, Paul and Athena moved to the city for traveling conveniences. The source said, “Athena’s busy, but sometimes she will entrust Paul’s brother to help her purchase some nutritious items for Paul’s father. I really don’t understand why Paul would make those claims on his father!”

However, there are recent reports stating that Athena and Paul’s father got in a brief fight several weeks ago; Paul’s father wanted to take his granddaughter out, but Athena was against the idea, and Paul’s father angrily pushed at Athena. Paul’s angry statement against his father may have been stemmed from this altercation.

Athena’s close friends also expressed their worry, afraid that Paul may be in an unstable mental state. They say that Paul’s strong statements against his father is out of character, as Paul once gave tribute to his father in Beyond’s 1989 single, “Outside and Inside My Heart” <心內心外>. In the song, Paul praised his father for taking up the role of both father and mother, and expressed his gratitude to his father.

Paul’s former Beyond band mates, Steve Wong (黃家強) and Yip Sai Wing (葉世榮), were also surprised at Paul’s violent allegations against his father. Yip Sai Wing said, “Is he just trying to promote [his new movie]? The last time I’ve seen him was in July, when I was doing my own show. He was my guest. He was fine and was having fun. But this statement he wrote is really scary, and [we] are afraid that something has happened to him. Everyone should just give him some space.”

On his thoughts about Paul’s father, Yip Sai Wing said, “I went to his place for dinner once. His father is very kind! His parents divorced when he was very young. I think [Paul’s statement] was just talking about him getting hit by his father when he was younger, and not now.”

As for Steve Wong, who had fallen out with Paul earlier, said, “I hope Paul has a clear mind and is calm. Nothing will work out if he isn’t!”

Both Paul and Athena still could not be reached for comment.

14 comments to Paul Wong is Mentally Unstable; Allegations Against “Abusive” Father are False?