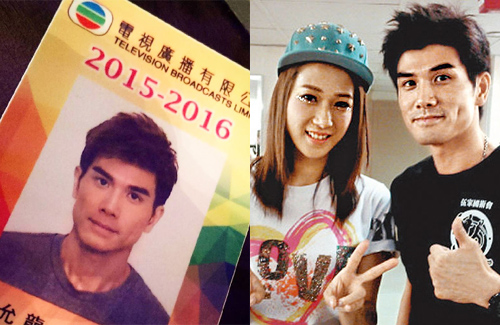 Skilled in a wide range of martial arts forms, Philip has starred in and choreographed the action stunts for several Hong Kong movies. Currently managed by Wong Jing (王晶), Philip’s film career is on the rise. Since 2013, reports were abuzz that Philip will collaborate with TVB, although final negotiations only clinched recently.

Initially, it was rumored that Linda Chung (鍾嘉欣) came up with the idea for the storyline and was supposed to be the lead female actress in martial arts series. However, her role later went to good friend Grace Wong instead. It is speculated that Linda purposely dropped out of the dream to avoid generating unnecessary gossip.

The producer for Hero Within the City, Jazz Boon (文偉鴻) clarified that Linda’s name was never on the cast list to begin with. Jazz stated that any reports claiming Linda would work with Philip in the drama were false.