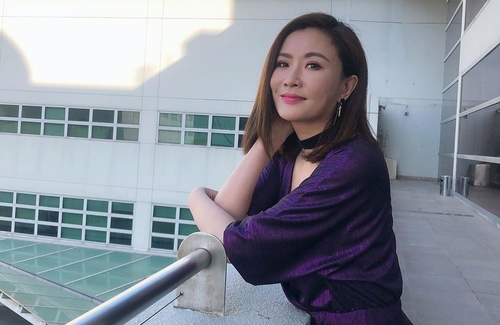 Forensic Heroes IV <法證先鋒> achieved favorable viewership ratings in the first week of its premiere. It started strong with its first case of a murder within the Cantonese opera troupe consisting of veteran actors Michelle Yim (米雪), Patrick Tse (謝賢), and Pinky Cheung (張文慈). In the story, Pinky plays Cheung Suek Man, who cares deeply about Michelle Yim’s character Long Ying Suet. Suek Man’s deep devotion to Ying Suet leads her to manipulate people into killing those who hurt Ying Suet. Producer Mui Siu-ching (梅小青) sent Pinky a text praising her convincing performance. Tearing up, the actress expressed her hard work for the past 24 years has not been in vain based on Siu-ching’s words of affirmation. 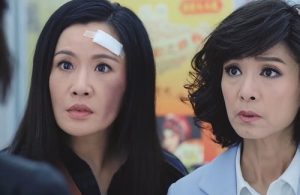 “To me, the happiest thing is I didn’t let her down. That’s what I want to achieve as an actress. I may not be able to please every single viewer, but at least I did not disappoint the producer,” Pinky expressed.

Having joined the industry in 1996, Pinky has a couple of interesting stories up her sleeve. She recalls having to rinse off the white color in her hair with extremely cold water in freezing temperatures while filming My Date With a Vampire <我和殭屍有個約會>. The 48-year-old also used her fake pregnant belly as a pillow to sleep on the floor when she was super tired. However, the most memorable project she participated in was during the SARS outbreak in 2003.

At the time, she had to portray Raymond Wong‘s (黃浩然) mom in Colour of the Truth <黑白森林> and film on location at the hospital and funeral home. “When I took off my face mask, I really thought I was risking my life,” Pinky expressed. “But in this field, you can’t complain about the difficulty of filming or hectic schedules. You have to be grateful for each job opportunity.”

In recent years, she participated in a couple of TVB projects including Deep in the Realm of Conscience <宮心計2深宮計> and Life on the Line <跳躍生命線>. She frankly said she incorporates her life experiences and negative emotions into her acting. 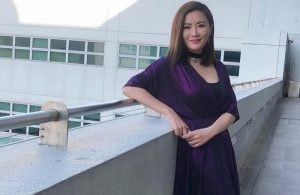 At the age of four, Pinky’s parents divorced, and she grew up in a single-parent family. She was bullied by her classmates at 8-years-old, and sexually assaulted at 17. Pinky bravely talked about her traumatic experience at a religious meeting and shared how her faith changed her life.

After joining the industry, she worked hard to make money to support her family and even helped her brother’s family buy a home. Though she once chased fame and awards, she genuinely enjoys acting. “I like to film dramas because I can create a whole character, and I get a lot of fulfillment from that.”

Pinky continued, “I can’t say I act well, but I can say I give my all to act out each character.”

1 comment to Pinky Cheung: “I Can’t Say I Act Well”