With less than three months before Mui Siu Ching’s (梅小青) retirement, the producer will be missed for creating many of TVB’s biggest hits. As Forensic Heroes 4 <法證先鋒IV> is her last drama before she retires, Mui Siu Ching was asked to comment on the cast of the popular drama.

While filming Forensic Heroes 4, Mui Siu Ching was forced to recast Jacqueline Wong’s (黃心穎) role and reshoot her scenes after the actress’ affair with Andy Hui (許志安) came to light. When asked if Mui Siu Ching regretted initially casting Jacqueline, she responded, “I liked Jacqueline after Beyond the Realm of Conscience <宮心計>. She was sweet and not pretentious. For Forensic Heroes 4, I wanted to cast her early on. She read the script well and grasped what we wanted. Unfortunately, [Jacqueline and Andy’s scandal] happened. I was surprised and heartbroken.”

Mui Siu Ching admitted that if the scandal did not happen, the actress would have had a promising future. Mui Siu Ching said that life has a second chance, and hopes that Jacqueline would be able to get hers too.

In replacing Jacqueline, Mui Siu Ching ended up casting Roxanne Tong (湯洛雯). On why she chose Roxanne, Mui Siu Ching finds her to be very sweet, “I wanted her to lose weight, but it wasn’t very successful. So I said to myself, I chose her not because of her appearance and weight. It was because she was able to act the character in my drama. Roxanne and Jacqueline cannot be compared; they each have their own positive traits. Roxanne joined the team for a few days and delivered results. I was very satisfied!”

While Mui Siu Ching was grateful that Forensic Heroes 4 was well received by fans, she wanted to thank all the actors who participated in the drama, “When I invited artistes to film in my drama, I didn’t tell them it was my last drama and they were all supportive.”

Other than praising Raymond Wong (黃浩然) and Shaun Tam (譚俊彥), Mui Siu Ching wanted to specifically thank Patrick Tse (謝賢), “I am his fan, but I never knew or dared to look for him. Before I retire, my friends helped me ask him and fortunately he agreed.”  But the next day during the press conference, he called me to decline because it would be too tiring for him. I was so worried. I am grateful Deborah Lee (狄波拉) called him out, and Patrick said, ‘I was just joking around.’ In fact, Patrick is very professional. We didn’t talk about pay, and I only gave him a red packet. He didn’t want to receive it.” 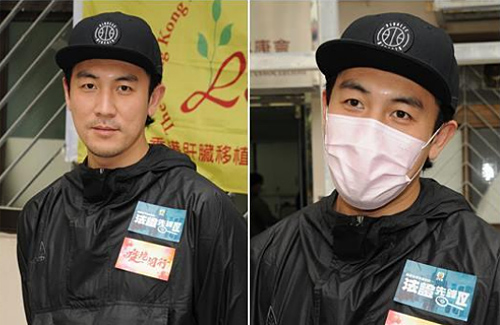 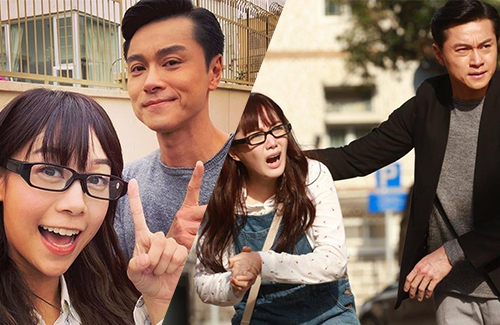 Though TVB did do a decent job with the reshoots, traces of Jacqueline Wong could still be seen in “Forensic Heroes IV.”