Taiwanese drama Amensalism <覆活>, which stars Prince Chiu (邱勝翊), Lorene Ren (任容萱), Eleven Yao (姚以緹) and Andy Wu (吳岳擎), will be airing on March 28. Developing a close bond during filming, the cast spoke about humorous experiences on the set in a recent interview.

When sharing about memorable scenes, the two female leads, Lorene and Eleven, often misremembered details, leading to Prince’s frustration. The compatibility that the cast developed was evident, as Prince unabashedly teased that the two have “goldfish brains”.

Some scenes in the drama required the cast to film in a morgue, cadaver room, as well as isolated mountainous areas, causing distress among Lorene and Eleven. Prince shared, “Previous idol-type dramas often cover topics about breaking up or ignoring one another, but this drama covers topics about loss of loved ones to the hands of death. The drama is heavy and filled with pain.”

Lorene shared about her ritual of “wiping out her memories” right before filming in order to get into character. She would repeat her fictitious life over and over to herself, chanting, “My parents died in a car accident right in front of me. I have experienced a painful childhood.”

Prince continued teasing his other female costar, Eleven, and applauded her for her outspokenness. When she thought the script didn’t make sense, she would boldly express her thoughts to the cast and crew. Prince joked, “My personality is a little more polite, and I wouldn’t have the guts to do that. Perhaps I am still new to the industry and have gotten used to just taking directions, and not questioning things.”

Andy added on to the roasting, “It’s because she has the “golden horses’ blessing” [referring to her Best Supporting Actress Golden Horse award for The Gangs, The Oscars, And The Walking Dead (江湖無難事)]. No matter what she says, everyone will agree!” 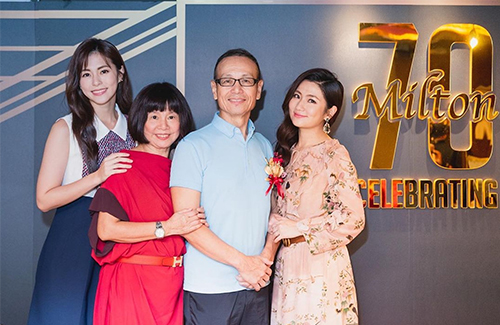