After his surprise breakup with girlfriend Stephy Tang (鄧麗欣) in June last year, Taiwanese actor Prince Chiu (邱勝翊) was romantically linked with popular actress Puff Kuo (郭雪芙), as the paparazzi had spotted the 32-year-old driving in and out of her residence, even leaving his car parked overnight.

When Prince attended a media event in January, he shared that he had accidentally sprained his leg earlier and later went for an X-ray, which revealed a muscle tear. More curious about his romantic status, reporters followed up by asking if rumored girlfriend Puff has expressed her concern over his foot injury.

Without missing a beat, Prince took the chance to promote the actress’ latest production, drama Light the Night <華燈初上> instead. Continuously questioned whether the two of them might take their relationship further, Prince did not immediately shoot down the suggestion, but replied “It’s harder to say what lies ahead,” 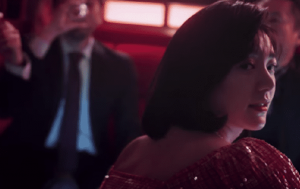 Former member of Taiwanese girl group Dream Girls, Puff has previously won FHM Taiwan’s “Taiwan’s Sexiest Woman” for three consecutive years, and has previously been romantically linked to Steven Sun (孫其君), her co-star in Before We Get Married <为我喜欢你>.