Although producer Kwan Shu Ming‘s (關樹明) Murder Diary <刑偵日記> received buzz in China due to its thrilling concept, the series flopped in viewership ratings when it was aired in Hong Kong. The TVB producer recently submitted his official resignation, but denied that his departure has to do with the low ratings.

Joining the entertainment industry 27 years ago and starting as a TVB assistant director, Kwan Shu Ming worked his way up  and left to take on the role as head director at HKTV in 2012. Returning to TVB three years later, Kwan Shu Ming produced My Unfair Lady <不懂撒嬌的女人> and Life After Death <那些我愛過的人>, which received acclaim and also high ratings.

In contrast to the producer’s previous works, Murder Diary’s Hong Kong viewership was only in the teens and one of the worst the station has seen in decades. Its complexity and dark nature made it unappealing to a wider audience.

Stating that TVB understood the reasons behind the poor local viewership ratings for Murder Diary, Kwan Shu Ming pointed out that the series did very well in China. “I’m very grateful that TVB was braved enough to give this story a try. We have to accept and welcome the volatility of the market,” the producer reflected.

Aims to Start His Own Production Business

Confirming his official resignation, Kwan Shu Ming said he will complete his remaining work obligations before leaving. The producer’s series, The Line Watchers <把關者們>, is expected to premiere in September. Also, he is currently wrapping up production for new series OPM (Other People’s Money), which revolves around financial fraud and stars Telford Wong (黃庭鋒) and Roxanne Tong (湯洛雯).

As for the reason behind his departure, Kwan Shu Ming expressed, “A friend asked if I wanted to start our own production company. The market is always changing, so that’s why I want to try different things.”

When asked if he will be collaborating with former deputy general manager Felix To (杜之克), who is currently looking to add members to his new company, Kwan Shu Ming said, “No, we’re good friends! We were really close at TVB, so I’m sure we’ll have a lot of opportunities to work with each other in the future.”

TVB’s Murder Diary dropped to only 15.5 points in its second week of broadcast.

Vincent believes the viewership ratings do not necessarily reflect the quality of a drama. 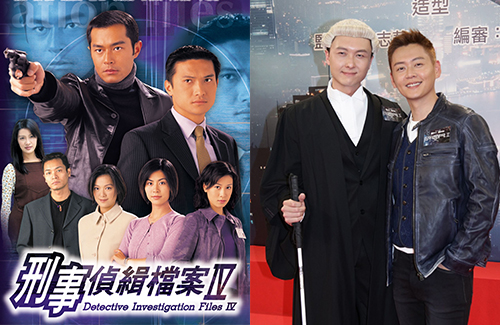 TVB has been riding the nostalgia wave.