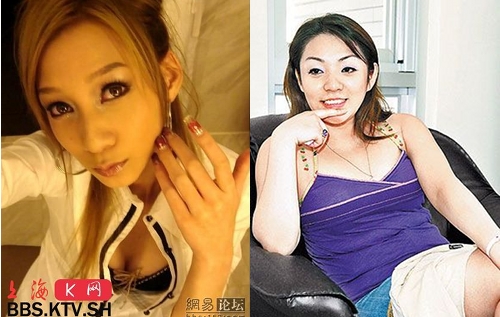 Earlier in March, the Taiwanese anti-narcotics police unit arrested model, 27-year-old Timi Hsiao Yee Ting for drug possession. Timi had posted pictures of herself on a blog smoking marijuana, which alerted authorities that she had a drug habit. Follow-up investigations revealed that Timi was also involved in an international prostitution ring, which may implicate over forty actresses/ models as well.

Authorities believe that former Miss Chinese Taipei, 36-year-old Lin Wei Wei, acted as a matchmaker and set up Timi Hsiao (last seen in Jay Chou’s music video “Hair Like Snow”) and other actresses to have sex with various men in exchange for money. The police seized Lin’s phone and guest book records, which revealed there may be forty actresses/ models involved in the prostitution ring. The women were mostly Class “B” and “C” actresses/ models who had lower recognition levels.

Lin often arranged the actresses/ models to meet with the clients at five-star hotels. The male client list included businessmen, politicians, famous doctors, and lawyers in Taiwan, Singapore, and China. Allegedly, the services cost from $60,000 (NT) to $200,000 (NT) per hour. Allegedly, there were rules to the sexual transactions: each party could not ask each other’s identity, exchange phone numbers, and there were no private contacts without Lin’s involvement.

Since last July, Timi admitted that she slept with ten men for money to support her drug habit. The first client paid a price of $60,000 (NT), with Lin and Timi splitting the money equally.

Jayne: I guess these prostitution practices are quite common within the entertainment industry. Last year, there was a scandal about Korean actresses forced to sleep with businessmen and politicians if they wanted to be promoted.

This type of news is very saddening. Many actresses and models enter the industry as young teenagers and become exploited in a world of drugs, greed, and lust. You need a strong will and self-control to not succumb to these pressures. My heart goes out to the 40 actresses involved in this prostitution scandal.