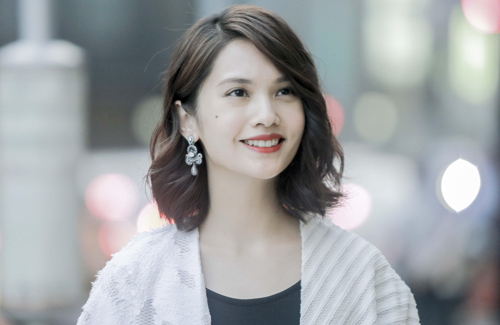 Five years after she starred in the idol drama Sunny Girl <陽光天使>, Taiwanese singer/actress Rainie Yang (楊丞琳) is making her return to the Taiwanese drama industry. Her newest project is titled Roseleaf Bramble <荼蘼> and is penned by award-winning screenwriter Mag Hsu (徐譽庭).

Helmed by Taiwanese screenwriter/director Wang Xiaodi (王小棣), Roseleaf Bramble is part of an eight-drama series that will span 52 episodes and begin airing in August. Roseleaf Bramble is scheduled to begin its broadcast in October and will consist of six episodes.

Despite her five-year absence from the Taiwanese drama scene, Rainie is eager to support well-written screenplays from her native country. In order to participate in Roseleaf Bramble, she begged her management company to suspend her current projects and reportedly rejected an offer to appear in a mainland Chinese production that would have netted her 110 million NTD.

Rainie recently shared that Taiwanese artiste Chung Hsin-Ling (鍾欣凌) was one of the reasons she accepted the starring role in Roseleaf Bramble. “I went to see [Hsin-Ling] after she gave birth to her second child,” said Rainie. “We just happened to talk about how much I admire Mag Hsu’s screenplays. Then, not even a month after that, I received the offer.”

Although not much has been revealed about Roseleaf Bramble, Rainie’s excitement about the series is sure to draw attention. She also spoke up about why she stepped away from filming dramas, even though staying in the television industry would have led to many lucrative endorsements.

“I wasn’t willing to go in this direction,” Rainie explained, adding that she wanted to diversify her acting repertoire. “You can’t stay with a similar type of role just because you think viewers will like that. Viewers also have expectations of us.”