Ram Chiang and Rita Carpio Are a Perfect Team 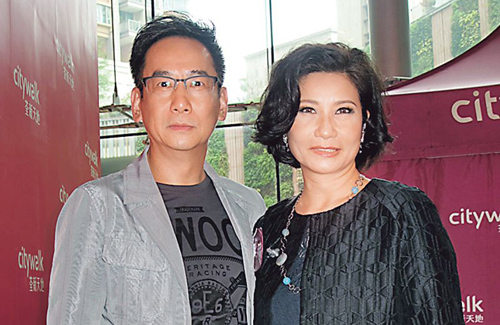 Senior artistes Ram Chiang and Rita Carpio found popularity again after reuniting in drama Come On, Cousin <老表，你好hea！> last year, performing “No Need to Know One Another.” The clip of the performance went viral, and that was when Ram finally knew how it felt like to turn into a big star overnight.

“No Need to Know One Another” was composed by Ram and released in 1990. It became an instant classic, winning a Gold Song Award at the RTHK Top 10 Awards. When performing the song, Ram said Rita is the best partner he ever had and is thrilled to be able to work with her again after more than 20 years. Asked if he will catch up with the trend and release a new self-composed piece, Ram said he has no time to do so.

Rita, who just returned from a vacation to Singapore, admitted that her jobs have increased after her appearance in Come On, Cousin. Even so, Rita said her family always comes first and that money is not the most important aspect. She was invited to perform in the United States, and a producer also proposed that she should release a Hi-Fi CD.

“I haven’t promised to do it yet,” said Rita. “Everything will be recorded live in one take. I’m worried that I would make mistakes, such as forgetting lyrics. It’s a lot of pressure, so I didn’t say yes yet.”

In related news, both Ram and Rita said they will be making a guest appearance on TVB’s Sunday Songbird <Sunday靚聲王>.