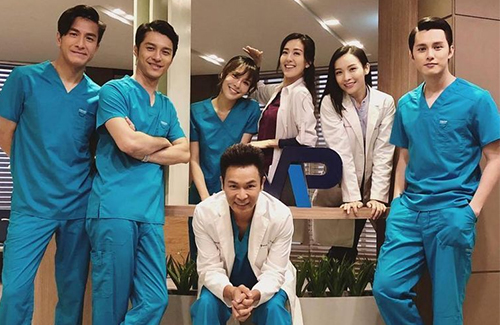 TVB’s Big White Duel <白色強人>, a medical drama produced by Marco Law (羅永賢), will premiere on June 10th. The 25-episode drama is highly anticipated for many reasons—in a season when TVB’s prime time slots are mainly occupied by mainland dramas or other international productions, local productions like Big White Duel is a refreshing welcome. 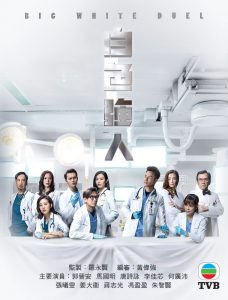 TVB medical dramas have always been well received in the past, such as the Healing Hands <妙手仁心> series, The Hippocratic Crush <On Call 36小時> series, and more recently Life on the Line <跳躍生命線>. While the above three series traditionally focused on the themes of life and loss, Big White Duel focuses on the politics behind the healthcare industry in Hong Kong.

It centers on Dr. Yeung (Roger Kwok), the deputy director of Ming Shing North Hospital. He proposes a plan to completely change the hospital’s bureaucratic model, but is met with opposition from Dr. Tong (Kenneth Ma), head of the hospital’s cardiology department. Tong believed that Yeung’s proposed changes could affect the poor’s accessibility to healthcare.

Big White Duel is not based on a true story, but its content is relatable and relevant to Hong Kong’s current health care system. Producer Law hopes that big White Duel would inspire viewers to open up more discussion on the medical industry and related topics.

A large portion of Big White Duel was shot in Mainland China, specifically in Shenzhen. Large-scale operation rooms were built for the purpose of surgery scenes. The crew rented real surgical equipment and instruments for a more realistic approach. The cast had to take lessons learning medical terminology and observed surgeons. A consulting physician was on set for every scene. 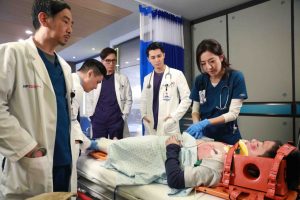