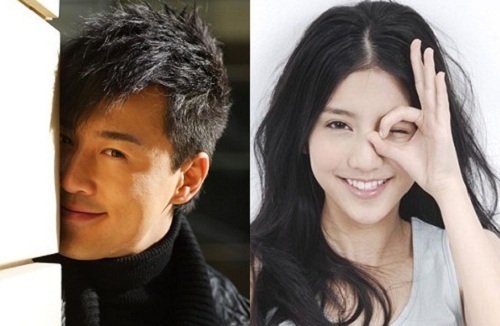 Dubbed as the modern version of Beyond the Realm of Conscience <宫心计>, Love is …..Pyjamas<男人如衣服> is expected to be released in October, coinciding with the mainland China’s National Day. Directed by Vincent Kuk (谷德昭) and jointly produced by Raymond Wong (黄百鸣) and Daniel Feng (冯凯帅), the movie features a cast of young and veteran actors consisting of Raymond Lam (林峰), Lynn Hung (熊黛林), Karena Ng (吴千语), Haiqing (海清), Ronald Cheng (郑中基) and Teresa Mo (毛舜筠).

The light-hearted romantic movie explores the issue of modern women who are caught in a power tussle at their work. Producer Raymond Wong said, “This is a modern film which centers on women; the men are considered as adornment in the film. The female characters are striking, and the story revolves on how the women will pit against each other. The film can be seen as the modern version of Beyond the Realm of Conscience. The power struggle will occur in the setting of the undergarment design company. Besides battling against men, the women will also pit their beauty and intelligence against each other. It will be an exciting film!”

Lynn will play an undergarment designer who encounters a “lady killer,” played by Raymond Lam. Lynn disclosed her role, “I play a ruthless career woman who rotates boyfriends around. I then met Raymond who is a lady killer. Although the pair has a beautiful love story, they also have a secret past which caused them to separate. Under the arrangement of fate, they are finally able to reunite together.”

Raymond and Karena Create Sparks Outside the Movie?

Love is…Pyjamas marks Raymond Lam and 18-year-old actress, Karena Ng’s first collaboration. Although they do not play lovers in the movie, the pair has been romantically linked outside the movie.

A filming crew disclosed that Raymond Lam was exceptionally attentive to Karena Ng during the filming. Earlier, Karena also admitted that she went on a dinner date with Raymond, but stressed that they were only friends. However, both Raymond and Karena had praises for each other and expressed that they were happy working together.