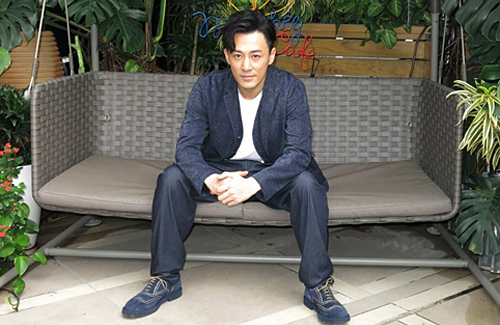 Raymond Lam (林峯) plans to hold his next concert, “Heart Attack”, on May 11 at Cotai Arena inside The Venetian hotel in Macau. It has been two years since he has held a concert and it will be the first time he has challenged a 360-degree-view stage. Tickets will go on sale May 4, however he warns ticket buyers to be careful of scammers as he has seen tickets available online right now.

It will be a very busy time for him as he will need to film in Mainland China for the movie Step into the Past 2 <尋秦記 2> while preparing for his concert. He is currently in the process of trying to attain the best possible physique and will be bringing his personal trainer along with him to China.

When asked what the highlight of his concert will be, Raymond disclosed, “I’ll keep my shirt on this time, but depending on what the stylist decide we may show off my legs instead! I hope this is the case as it is easier to train the lower body rather than the upper.”

When asked if his girlfriend Carina Zhang (張馨月) will be coming to his concert to support him, Raymond was adamant about not sharing the details of his personal life with the media. In terms of marriage, he will let things run naturally.

He was also asked to comment on whether he would be collaborating with Voice Entertainment since he is returning to TVB to film for Line Walker 3 <使徒行者3>. He indicated that for dramas where he will be singing the theme song, he would collaborate with them. Otherwise he is only signed with Louis Koo’s (古天樂) management company. Whether he would collaborate with TVB depends on the script and potential for character development.