Raymond Lam’s New Girlfriend: How Carina Zhang Won Him Over 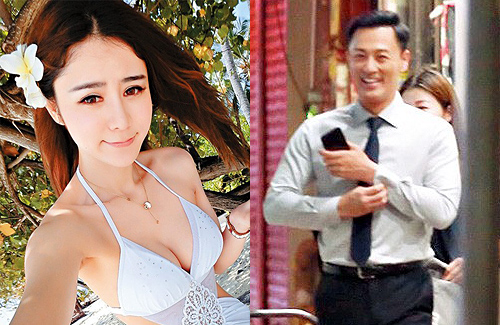 They say that the way to a man’s heart is through his stomach. Or in the case of Raymond Lam (林峯), through his family and friends.

Ever since his break up with Karena Ng (吳千語) this March, the 38-year-old actor has kept a relatively low profile with respect to new girlfriend, 27-year-old Chinese model Carina Zhang (張馨月). It’s hard for Raymond to stay out of the limelight for long, however, and news has spread that their relationship has progressed quickly in a short space of time.

It is rumored that the actor took Carina back to Xiamen to see his family over Chinese New Year, and that she has also been secretly visiting him in Hong Kong during the year. According to Raymond’s cousin, Rosina Lam (林夏薇), she had afternoon tea in Hong Kong with Carina in August, and Carina was also present at a family gathering. When asked what her impression of Carina was, Rosina’s response was overall positive: “We did have a chat. We haven’t really seen each other that much, but she is quite pretty.”

And it seems that Raymond has introduced Carina not only to his family, but also to his friends. Tavia Yeung (楊怡 ), who was a graduate of the same TVB acting class as Raymond, also recently revealed that she has met Carina before. And again, it appears that Carina received approval: “I haven’t seen her many times, but she seems nice, and gets along with with everyone.” According to Tavia, she also frequently tells Raymond to get married quickly: “Every time I see him I ask, ‘When is it your turn? Get moving!’”

As for Raymond, it appears that the power of love can make everything better. While filming new movie, Cold Detective <神探大戰>, he had to wear a heavy bulletproof vest while chasing criminals and engaging in gun fights. It was hard work and involved a lot of running around, but that didn’t seem to faze Raymond at all, who just smiled away during breaks. It seems like things are getting serious between Raymond and Carina!