Ron Ng: “I Am Not Interested in Sire Ma!” 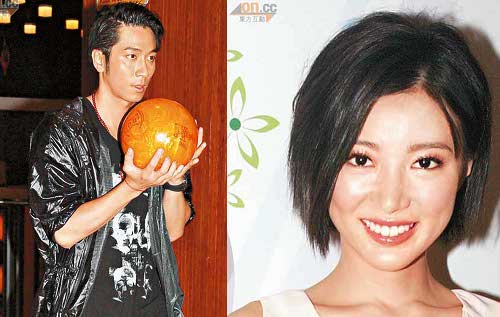 Pointing out that he did not know Sire that well, Ron emphasized that they were only colleagues, let alone living together! Ron also emphasized that Sire was not the type of woman he preferred! Why was Ron so blunt? “The tabloids claimed that I was using her money. I do not know whether Sire is rich or not. I am upset by the claims that I eat ‘soft rice!’ I have the ability to earn my own money and will not use women’s money.”

Noting that the tabloids were completely false, Sire denied that she was living together with Ron. Since Ron took care of her during filming in the past, Sire referred to Ron as her ‘sihing” (elder brother).

At a jewelry promotional event, Kate Tsui also denied that she was in a relationship with Ron, claiming they were only brothers. She felt that recent tabloid rumors were unfair in the way they portrayed Ron. When asked by reporters to swear that she and Ron were not dating, Kate only said, “I am numbed by this type of rumors!” Jayne: I still think that Sire had a crush on Ron at some point. After they collaborated on OL Supreme, she uploaded both of their photos and created a morphed photo of what their child would look like. This is not the type of thing friends or even colleagues would fantasize about!