The story follows author Ah Bo (Kathy Yuen) and Dr. Yeung (Ron Ng), who seem to have the perfect marriage until Ah Bo loses her vision after a car accident. One day, Dr. Yeung travels for work and leaves Ah Bo at home for several days. Possessing a deep hatred for Dr. Yeung because of a past incident, crazed Cheng Man Yau (Poon Chan Leung 潘燦良) breaks into the couple’s home, and watches Ah Bo’s every move with growing lust. Meanwhile, Dr. Yeung becomes the target of more than one enemy….

Love is Blind, Hate Too is Patrick Kong’s most provocative film to-date. Aside from its voyeuristic component in Kathy’s story arc, Jeana’s office seduction scene is also stirring up online discussions. 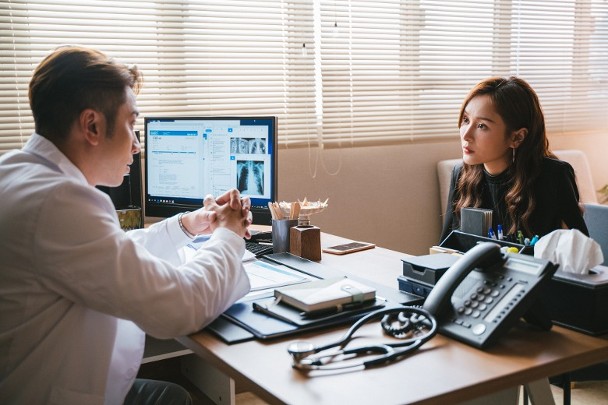 Portraying a cancer patient, Jeana attempts to seduce her doctor, Dr. Yeung (Ron Ng) inside his own office in the hospital. Jeana shared her feelings, “This was very intense, in comparison to what I had filmed in the past. The director explained the whole process to us, such as which angles would be filmed. There was a lot of communication about how we were going to perform this scene. We did a few rehearsals before the actual filming. Luckily, it only took a few takes.” 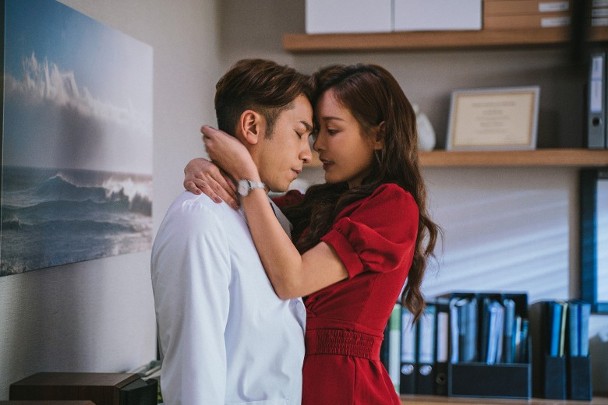 As they are close friends, they have implicit understanding and were able to create a lot of chemistry for the scene.  “Since the boundaries for a movie are wider than a television drama, our scene had to be intense and exciting,” Ron said.

Although Jeana found it uncomfortable to sprawl on the hard office table, she reminded herself to “focus on [delivering] the passion” for the scene, and how “it takes a lot of timing to perfect” the results.

Hoping their efforts would pay off, Jeana and Ron are eager for Love is Blind, Hate Too’s release on January 6, 2022.