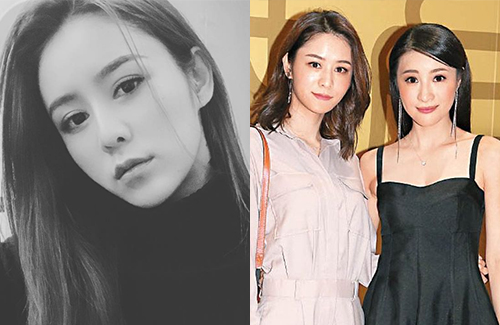 Rosina Lam (林夏薇) isn’t sure when her cousin will get married, but assured reporters that it’s most likely going to come soon.

The former TVB actress recently attended the grand opening event for her latest noodle restaurant, which she invested over seven figures in. Industry friends Tony Hung (洪永城), Edwin Siu (蕭正楠), Sharon Chan (陳敏之), Eddie Cheung (張兆輝) and more came to support, but her cousin Raymond Lam (林峯) was not in attendance. Instead, his fiancée Carina Zhang (張馨月) came instead.

Carina did not answer questions about their rumored December 8th wedding date, and politely excused herself into the restaurant.

Rosina, on the other hand, confirmed that “good news” is coming for her cousin and his girlfriend, but is unclear about the details. “I still haven’t received my wedding invite yet,” she said.