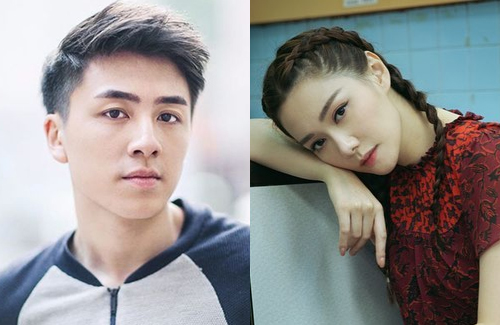 Roxanne Tong (湯洛雯) comes from a family of entertainment—her father, Tong Chun-chung (湯鎮宗) is a former TVB actor with a prolific television career in mainland China; and her uncle, Kent Tong (湯鎮業), is one of the members of the Five Tigers. Kent’s own two sons, twins Bruce (湯君慈) and Chris (湯君耀) are actors, and Roxanne’s younger sister Cassandre (湯洛瑤) is an Instagram star.

So it isn’t a surprise at all to see that Roxanne’s younger cousin, Daniel Lee, also making marks in the industry. The 23-year-old, who studied animation and special effects at the Open University of Hong Kong, has officially signed with Mandy Lieu’s management agency to kickstart his entertainment career. Daniel has already appeared in a few poster advertisements and has walked a few runway shows. 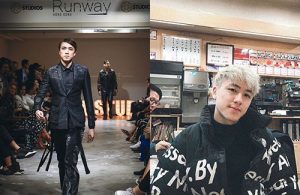 Daniel has been doing part-time modeling since he was 19 years old. He shared, “I was scouted by a talent agent while I was working at a convenience store.”

He has appeared in advertisements for Vitasoy, airlines, and restaurants.

Roxanne has been supportive of her cousin’s decision to debut in the entertainment industry. Daniel, who has a passion for film, hopes for opportunities to do movies in the future.