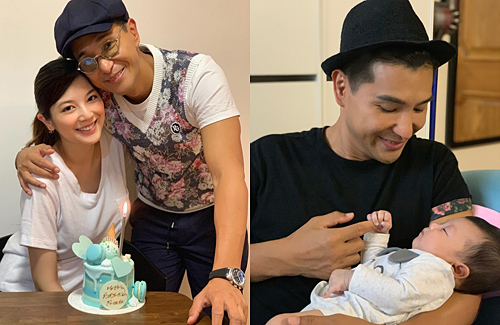 The first-time dad says fatherhood has made him more magnaminous and driven!

Ruco Chan (陳展鹏) and Phoebe Chan (单文柔) completed their life’s milestones of getting married and having a kid within a short year. When their baby girl Quinta (陳羽媃) was born earlier this year, Ruco had been busy filming Chinatown <唐人街>, and only got to indulge in the joy of parenthood and family after he wrapped up filming. When asked about his first ever Fathers’ Day, the 42 year-old actor said, “I’m very happy and really thrilled, but also somewhat unused to it!”

Sharing his feelings about having a new addition to the family, Ruco says it is a magical experience, akin to having a new start in life and makes him feel that everything is exceptionally meaningful. “Every morning when I see Little Piggy (their nickname for Quinta), though it takes a few seconds for her to recognize who I am, she already knows how to smile at me. I will tell her to dote and learn to call Mommy first. I also treat Mommy well, so I want her to do the same. I will give the best to her, whether she treats me well doesn’t matter as long as she has me in her heart!”

Ruco added that Quinta will be around 20 when he reaches 60 years old, therefore he hopes to do his best to be able to provide the best for her. This has given him an increased drive and motivation when it comes to work.

Although he didn’t have much confidence at first in communicating with his daughter, Ruco feels differently after taking care of Quinta. He said, “I also got used to it. She is very clever, and had quit drinking milk in the wee hours within the first month. She will only feed when someone plays with her, so I have to feel my way around and get used to her character before I can ‘get along’ with her!”

As the saying goes that a daughter is her father’s lover in his previous life, many daughters have melted their fathers’ hearts. Ruco’s friends saw a change in the actor ever since he became a dad. He recounts a funny anecdote to illustrate the change in his outlook, “I feel that everything is now different! There are many things to take care of, and I remind myself to be more organized so there won’t be any hiccups. When I dirty my clothes with Little Piggy’s poop, I don’t feel annoyed. I would think it’s because we did not wrap her diaper well, instead of it being her fault!”

Becoming a first-time dad, Ruco also realized the positive impact on himself. “This way of thinking has had an influence on me. I take a broader view of things now, and have become more accepting. I have more topics with my friends now. In the past our conversations were all about work, now we will talk about baby matters!”

While his responsibilities have grown, the actor is aware that much of the anxiety he had felt previously was only due to his own unfounded worries. 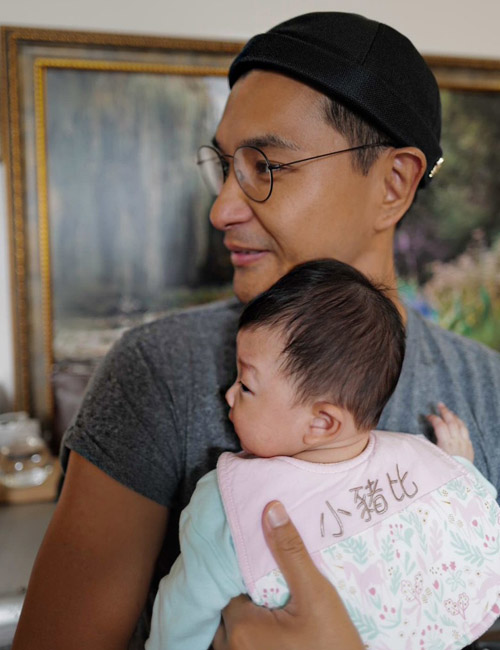