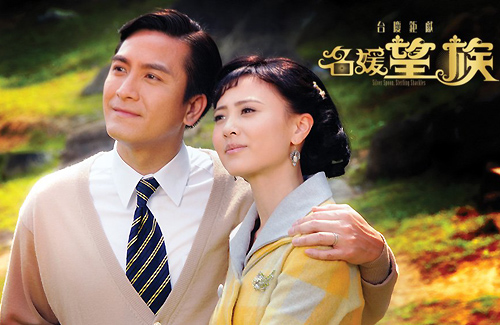 TVB and ATV disclosed last week’s ratings for their television programs on December 10. While TVB programs showed flat to minor improvements, ATV continued to struggle to even maintain 1 point in ratings.

TVB drama, Silver Spoon, Sterling Shackles <名媛望族> averaged 30 points last week, which was a 1 point improvement over the week before. The drama had struggled to crack through 30 points in ratings since its broadcast, in which audiences complained of the predictable plot and slow development in the first half, despite the loud noise made for its love scenes. Last week, audiences tuned in to watch the Chung family’s melodrama in its last stretch, pushing peak ratings to 35 points. Silver Spoon, Sterling Shackles will broadcast its finale, episode 40, on Friday, December 14.

The Confidant <大太監> has remained the most popular among currently aired TVB dramas. Since its initial broadcast in early November, it has not slipped below 30 points. Last week, The Confidant remained at 30 points. Leaked online spoilers reveal a thickening plot as main characters meet their tragic ends. An exciting 2-hour finale will be aired on Sunday, December 16.

TVB sitcom, Come Home Love <愛·回家> pulled in 25 points in ratings, without any change in ratings compared to the week prior.

While TVB’s weekly ratings held steady, ATV did as well. Six of the stations’ programs pulled in 1 point in ratings. ATV’s most successful production, its news program, had 4 points in ratings. ATV’s dismal ratings have lasted for multiple weeks, causing it to steadily lose advertisers to rival station, TVB. ATV apparently sees no hope in reviving ratings and announced it will withdraw from the weekly CSM ratings surveys to avoid continued embarrassment.