The cheating scandal that has shaken Hong Kong seemed to have shattered all belief in love, but our queen has managed to singlehandedly remind all of us about what it really means to love someone. But Sammi Cheng (鄭秀文) isn’t the only one to bring back hope—Gilbert Lam (林韋辰) also still believes in love, no matter how much he has lost.

Gilbert Lam is a prolific TV drama actor. Having starred in numerous TVB and ATV dramas in the past, he is currently best known for playing the villain Kiu Pak-chun in The Ghetto-Fabulous Lady <福爾摩師奶>. Kiu is manipulative and calculative, but Gilbert is the complete opposite—open-minded, talkative, and genuine. Gilbert has no problem talking about his personal life with new friends—whether it’s about his sciatica, his daughter, or his past girlfriends. 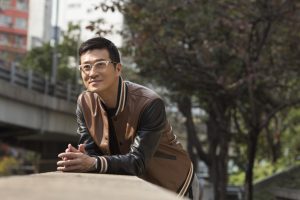 “I stopped work for a while because of the pain,” said Gilbert, who suffers from sciatica, or extreme lower back pain. “I’ve met with many doctors, but in the end, I found that what helped me the most was resting. I stayed at a hotel in the mainland for a while and swam in the pool every day. That healed me.”

Gilbert is extremely athletic and never runs out of hobbies. He enjoys cycling, playing golf, and playing tennis. Extremely active and healthy, 56-year-old Gilbert doesn’t look a day older than 45. In The Ghetto-Fabulous Lady, he and 29-year-old Jeannie Chan (陳瀅) played a couple. The age gap may have been apparent, but it didn’t look too out of place, thanks to Gilbert’s youthful looks.

“Skincare is important,” he said with a laugh. “Every night I put on face cream, eye cream, and made sure my skin is moisturized.”

In reality, many of Gilbert’s ex-girlfriends have been at least two decades younger. His previous girlfriend, TVB sports news reporter Cindy Lee (李思雅), was 23 years younger. “If two people could never make it to marriage, there’s no point of wasting anyone’s time,” he said. “Our personalities were too different. We didn’t see the same in things, so we lost trust in each other. But we are still friends to this day.”

Gilbert has married once. He and his ex-wife, who is from Taiwan, have a 23-year-old daughter called Peony, who frequently makes appearances on Gilbert’s social media. After their divorce in 2006, Peony went off to live with her mother, but Gilbert remained a pivotal figure in Peony’s childhood.

“We see each other every week,” said Gilbert. “I try to be there for her whenever I can. Whenever it’s a long vacation, a school event, me and her mother would also attend together. I want her to know that even though her parents are separated, we will always be there for her. We want her to have a normal childhood.”

Gilbert did not tell Peony the reason for her parents’ divorce until she became an adult. “She completely understood why it happened,” said Gilbert. “I am fortunate to have such an understanding daughter.”

On his close relationship with his daughter, he said with a smile, “We are best friends. Her personality is very similar to mine. She’s also very talkative, loves making friends, and loves wine. She has earned a wine qualification and is interested in pursuing her career in that field.”

Gilbert had two more public relationships after separating with his wife. Before dating Cindy Lee, he dated fellow ATV actress Coffee Lu (呂晶晶), who was also over 20 years younger. “Age is just a number,” said Gilbert. “My body is still capable. I still play sports and still swim like the young ones. [When dating Coffee,] my mindset was much more mature, so I was able to be more accommodating and considerate. I don’t find a problem with that.”

On the reason behind his split with Coffee, Gilbert said, “We were compatible, but we broke up because of family. Her family is from Hangzhou, and they didn’t want her to stay in Hong Kong permanently.”

Despite past failed relationships, Gilbert said he still believes in love.

“I just want to find someone I can spend my life with,” he said. “It is important to have this belief. Stay healthy so you can take care of other people.” 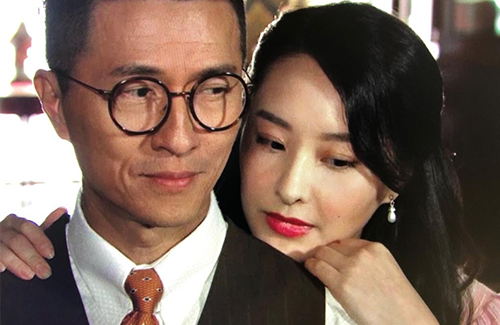 There will be more twists to Gilbert Lam’s evil character in “The Ghetto-Fabulous Lady.” 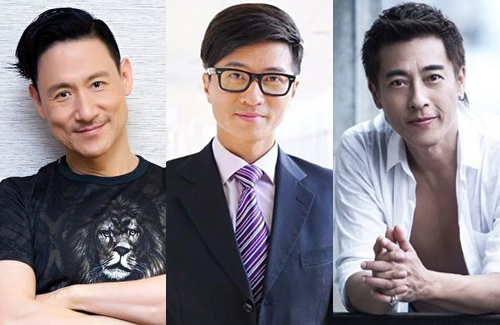 Four male celebrities share why they became vegetarians and the benefits they gained. 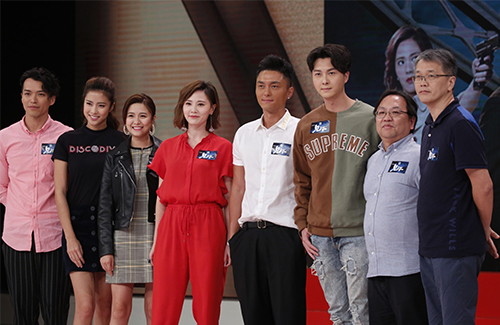