TVB has ordered Sire Ma (馬賽) to stay home for two months after her dodgy responses to her latest relationship scandal angered the public.

A third place winner in the 2008 Miss Hong Kong Beauty Pageant, Sire quickly won over hearts with her girlish charms and cute, petite frame. Her goddess-like image easily translated to job opportunities; she was often seen in prominent supporting roles alongside TVB’s biggest artists. Sire also became a favorite of acclaimed director Lee Tim Shing (李添勝), who trusted her with major roles in Bullet Brain <神探高倫布> and the upcoming No Reserve <巾幗梟雄之諜血長天>.

Content with her career progress, or perhaps in need of a break from work and her recent bout with depression, Sire requested for two months off and traveled around Europe in early August. Little did she know that an ordinary trip could possibly destroy her entire career. This week, Hong Kong sources reported that Wang Ziqi (汪子琦), an elite member of the mainland entertainment industry, had paid for and accompanied Sire during the getaway. Photos of their intimate behavior raised speculations that the two women are in a romantic relationship.

Upset by the media’s discovery, Sire quickly claimed that Wang is simply a good friend and that everything was taken out of context. She also boldly declared, “Time will show what type of person I am!” While some remained curious, many wrote the news off as yet another piece of unfounded gossip.

Before anyone can applaud Sire for her defiance against the tabloids, video evidence came to light on November 6, showing Sire and Wang Ziqi kissing passionately during their time in Shanghai. Sire’s earlier statements completely backfired. Netizens flocked on her Weibo to call her a liar, making no effort to hide their disgust.

Sire made no comment after the video surfaced. TVB executive Virginia Lok (樂易玲), historically the go-to person for mending public relations disasters, seems too busy to handle this latest nuisance. Ms. Lok said, “I have to work on tomorrow night’s sales presentation ceremony, and don’t have time to handle this matter. I will talk to her later. She will stop work for two months for now. She still has a long contract left.” Although Ms. Lok hesitated to comment on whether Sire is being frozen by the company, she agreed that this incident could have an impact on Sire’s career. It is not clear whether Sire will appear in Wang Ziqi’s upcoming movie.

Rumored co-star, Adrian Chau (周志文), spoke of Sire’s love scandal, “Sexual preference is a personal choice.  I cannot comment on it. An artist has her own private life. Personally, I feel that the incident was magnified because Sire is an artist.”

Producer Lee Tim Shing said, “It is most important what her own personal preferences are. In today’s society, it is not a big deal anymore.” 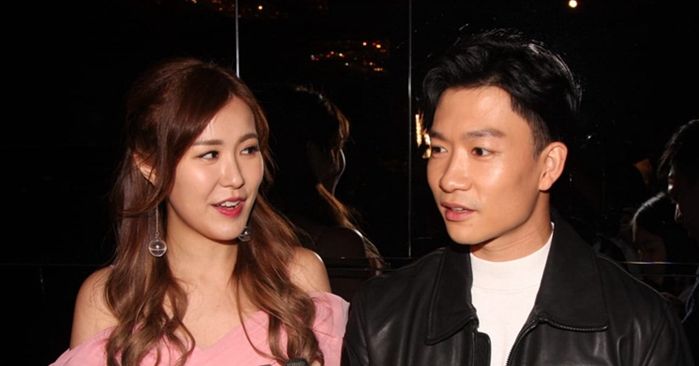