Sisley Choi (蔡思貝) has been dubbed a “flirting machine” due to her friendliness with male co-stars. Apart from her romantic speculations with Alan Wan (溫家偉), Sisley was linked with Him Law (羅仲謙) after Young Charioteers <衝線>.

The romantic rumors have reportedly upset Him’s girlfriend, Tavia Yeung (楊怡). Sisley clarified, “I have never asked Him out to dinner nor have we ever had one-on-one dinners or even been in the same car together. I don’t know [if Tavia is upset]. I won’t comment on other people’s matters.”

Since her debut, Sisley has had many romantic rumors. Sisley expressed, “The romantic rumors are all coworkers from Young Charioteers. I am the only girl, so it is just a misunderstanding. We only have pictures together because of work.” Sisley further insisted that she is currently single. “Right now, it is just work, family, and then work again. There’s no time to go out and socialize. Today is my dad’s birthday and I still have to work and don’t have time for dinner. I barely even have time to spend with my family.”

At a recent promotional event for video games, Sisley was asked whether she is interested in gamers, Sisley laughed and said, “The ones who are good at video games are not charming, but can teach me how to play.” Asked how she would feel if her significant other neglected her due to gaming, Sisley replied, “Let him play. What’s important is that we get along well.” 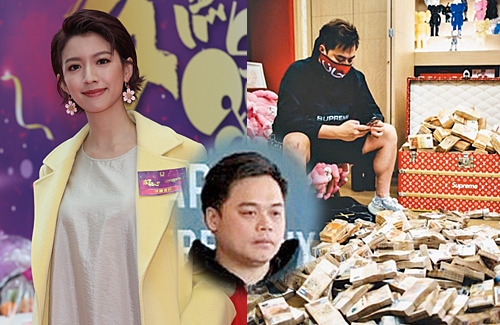