Sonija Kwok and Zhu Shaojie to Get Married in 2011 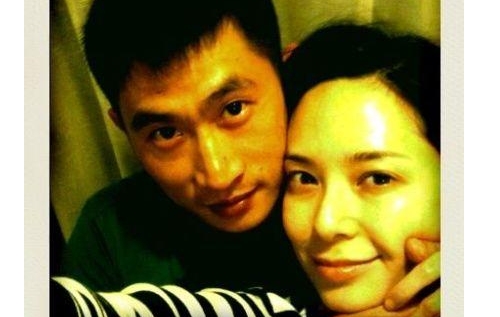 Sonija Kwok Sin Lei’s relationship with mainland action choreographer, Zhu Shaojie, was recently revealed and wedding bells may be in the air! Sonija uploaded a photo of herself and Zhu Shaojie on her Sina blog. Thirty-six year-old Sonija wrote, “I have waited for happiness for a long time. When I gradually forgot about this hope, this fool emerged. He said, ‘I am willing to give my life to you to bully!’ After hearing this, my tears gushed out. This is our story. ”
Allegedly, Sonija met Shaojie in July 2010 while on the set of mainland series, Palace <宫锁心玉>, which also star Maggie Shiu Mei Kei, Feng Shao Feng and Yang Mi. The action choreographer was Zhu Shaojie, who trained under the reknown Tony Ching Siu Tung. Shaojie took special care of Sonija and personally demonstrated martial arts moves for her scenes. Last summer, Shaojie celebrated Sonija’s birthday together. When Sonija was troubled by negative rumors, Shaojie comforted her.

Wedding bells may be close for Sonija and Shaojie. Rumors claim that the pair may be getting married in April 2011. On her blog, Sonija wrote, “Holding your hand, I want to grow old with you.” (執子之手，與子偕老). When asked by reporters about the marriage rumors, Sonija said, “I don’t want to talk about it.” The crew for Palace knew about Sonija and Shaojie’s romance. On the series’ blog site was written, “A beautiful romance with an upcoming wedding….” Palace leading actress, Yang Mi, wrote, “My beautiful Hei Beng Neung Neung, please be happy!”

Sonija’s boyfriend, Zhu Shaojie was the action choreographer for <美人心計>, <天敵>, <宮鎖心玉>, and other mainland series. Although Shaojie was not very well known in China , many past collaborators spoke highly of his professionalism.

Sonija’s only publicly acknowledged boyfriend, Deric Wan Siu Lun, said he was unaware of Sonija’s upcoming wedding. Having completed filming in Plague 1910 <大瘟疫—1910> in Harbin , Deric returned to Guangzhou to manage his business. Deric sent his best wishes to Sonija, “That’s great! I’m happy for her. After we separated, we have not been in touch. As for myself, I have been very happy and fortunate.” (How was Deric’s life with Winnie?) “Since reconciling with my ex-wife, Winnie, we have been very happy together.”

Former rumored flame and 7 Days in Life <隔離七日情>co-star, Steven Ma Chun Wai was happy upon hearing Sonija’s news. “I have not asked Sonija for confirmation yet. I’ll wait for her announcement.” (Will you congratulate Sonija?) “Any kind of positive news deserves congratulations!”  Although reporters contacted Sonija’s past rumored co-star, Michael Tao Dai Yu, he did not respond to the press before the publication deadline. 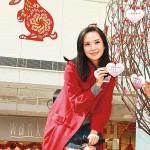 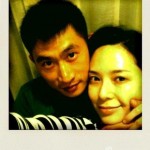 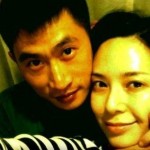 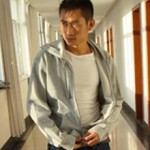 Compiled from Sina.com.cn and the Sun

Jayne: With Sonija openly posting photos with Zhu Shaojie, I suspect that the wedding news is indeed true. IMO, Sonija always came across as a woman looking for love and placing her career second.

Some of my friends say that who you end up marrying is a matter of timing. You can meet the nicest guy but if you are not in the right stage in life, then he will not be your marriage partner.  What do you think? Do you have a list of qualities you look for in a guy and if that guy does not possess those qualities, you will cross him off your marriage candidate list? Do you trust your initial instincts or “give him time to change?”