Since Sonija Kwok (郭羡妮) left TVB in 2015, she has significantly cut down on her workload to spend more time with her six-year-old daughter, Kylie. Placing family above all else, Sonija revealed that she left TVB after suffering a painful miscarriage, which helped her to set the right priorities.

“After leaving TVB, the past few years have been very comfortable for me. I’m no longer at the age where I can work long hours and run on little sleep,” said the 44-year-old actress. 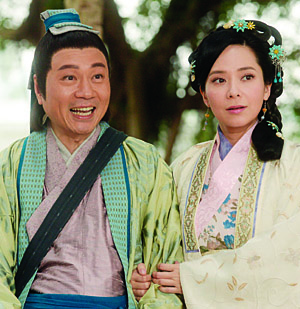 In 2012, she gave birth to her daughter Kylie. Within three months, Sonija had lost all the baby weight and had returned to work. In 2014, she filmed TVB drama Under the Veil <無雙譜>. At that time she was about one month pregnant. Due to Chinese tradition, pregnancy is usually not disclosed until after the first trimester has passed. However, the drama involved many action scenes including horseback riding and water related activities, so she made the decision to tell the crew.  The director helped her find a stunt double, but unfortunately in the end Sonija suffered a miscarriage due to the hectic filming schedule.

During this time, Sonija constantly asked herself: what is most important in life? She finally made the decision to leave TVB after her contract was finished. “TVB immediately drafted a new drama where I would be the female lead in hopes that I would stay, but I declined as I wanted to take care of my health.”

Love is More Important than Money 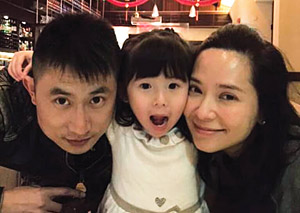 Sonija feels that she is not a materialistic woman and places love above all. “Many people will question my marriage and why I married someone that is ‘lesser in status’. However, I don’t care about what people think. I believe in fate and there is a reason why this person entered into my life.” Even though her husband, Mainland choreographer Zhu Shaojie (朱少杰), earns a lower salary than she does, he gives his entire income to Sonija to handle. He also sends her sweet messages every morning when he wakes up.

When asked how she has maintained a long-distance marriage for the past seven years, she replied: “Maybe it’s because he is a very positive person? As a woman, it is easy to be affected by your emotions or to think negatively. During these times, he will try his best to make me feel better. As well, due to his upbringing on a farm, he is a very simple person. His family lived in poverty and when he was younger, he would wear a pair of shoes until there were holes. Now that he has the ability to support himself, he loves buying shoes. Lastly, because he is so busy filming; he has no time to think of any unhappy thoughts.”

Sonija’s latest project is a film dedicated towards the life of Anita Mui (梅艷芳). In Dearest Anita, <朝花夕拾‧芳華絕代>, she will be portraying one of Anita’s fans and telling the true story of her life. Sonija has been re-watching several of Anita’s last concerts and feels very emotional every time she hears Anita say, “I have worn wedding dresses many times for work but I have not had the chance to wear a wedding dress for my own happiness. She also urged everyone to care and appreciate the people around them.” 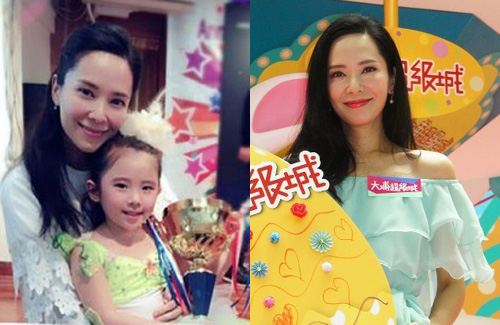