Viewers love to see flight attendants in TVB dramas, as is the case with Roxanne Tong‘s (湯洛雯) stewardess character in the currently airing Airport Strikers <機場特警>. In reality, many celebrities who competed for Miss Hong Kong were flight attendants before starting their careers in the entertainment industry. Below are 10 hidden flight attendants who are or were part of TVB’s big family. 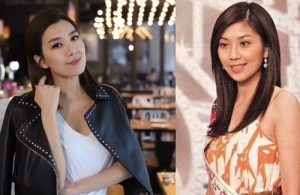 A graduate of The Hong Kong Academy for Performing Arts, Mandy worked as a Cathay Pacific flight attendant for three years before participating in the Miss Hong Kong 2007 pageant. TVB enrolled Mandy in its 22nd Artists Training Class after she made it to the top five.

With a passion for dancing, Mandy often demonstrates her talent in dramas. Last year, she starred in her reality show Dancing for a Reason <一個因去跳舞>, in which she joined a Korean girl group to experience the life of trainees. 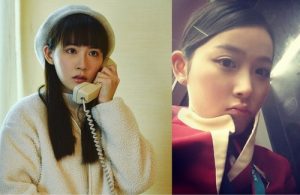 In 2014, she competed in the Miss Hong Kong beauty pageant. Although she was a hot favorite from beginning to end, she only left the competition with the Tourism Ambassador Award. After she resigned as the Tourism Ambassador in 2015, she worked hard to build her resume by appearing in TV shows, stage plays, and music videos. After leaving TVB, Sofiee gained some attention with her character Yeesa in ViuTV’s Leap Day <二月廿九>. 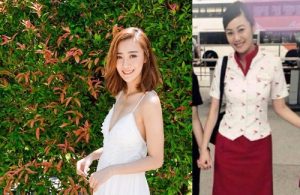 Ashley majored in chemistry at the Hong Kong University of Science and Technology and joined the airline industry after graduating in 2010. Two years later, she joined the Miss Hong Kong beauty pageant, but she failed to make it as a finalist. The next year, she tried again, and she was selected as one of the top 20 finalists. Later, Ashley signed a contract with TVB.

In 2016, she drew a lot of attention with her voluptuous figure in the travel show, Fun Abroad <3日2夜>. She is currently a host for the TVB program, Scoop <東張西望>, and she also participated in several dramas. 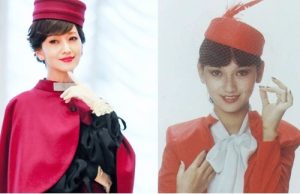 In 1973, Angie ran in the first-ever Miss Hong Kong beauty pageant held by TVB, and she won fourth place. She resigned as a stewardess to become an actress. She achieved great results in the entertainment industry, and she was also TVB’s top fa dan in the 70s and 80s. However, she left the station to explore other opportunities after her contract ended in 1985.

Recently, the 65-year-old, who managed to maintain her looks and slim figure over the years, collaborated with Zhou Xun (周迅), Kara Wai (惠英紅), and other notable actors in the mainland web drama, Imperfect Love <不完美的她>. 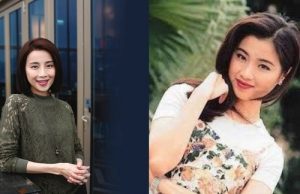 After Halina graduated from Boston College in England, she returned to Hong Kong to work as a flight attendant for Cathay Pacific. In 1994, she decided to try her hand at the Miss Hong Kong beauty pageant when she received an application form on the streets. She was regarded as a hot favorite throughout the competition, and she lived up to the expectations by taking the crown home. Once Halina joined TVB, she delved into acting, singing, and hosting. The artist ended her 17-year relationship with TVB in 2011 to help her husband Eric Choi (蔡強榮) manage his business. 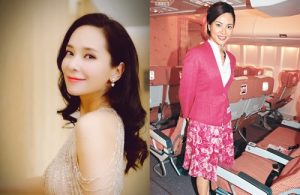 Chinese-English Sonija Kwok majored in psychology at Simon Fraser University. Upon graduation, she became a flight attendant for Cathay Pacific. Then, she participated in the Miss Hong Kong pageant in 1999 and won the championship by a landslide. She also won the Miss Photogenic Award, Miss International Goodwill, and Miss Intelligence. She took home the crown again at the Miss Chinese International 2000 pageant. 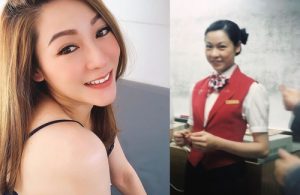 When Sharon was 20-years-old, she was a flight attendant for Korean Air before jumping ship to Virgin Atlantic two years later. She once said that being a flight attendant was her dream career since young. However, she decided to switch careers when she won runner-up in the Miss Hong Kong 2005 pageant. 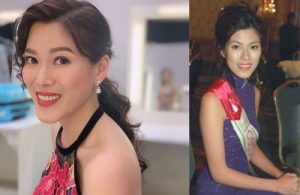 Mandy, who experienced a surge in popularity through her character in Come Home Love: Lo and Behold <愛．回家之開心速遞>, graduated from the Innis College of the University of Toronto. After returning to Hong Kong, she applied for jobs as a production assistant and assistant director at TV stations and production companies. Although her dream was to become a successful filmmaker, she was rejected due to her gentle appearance, so Mandy became a flight attendant instead. In 2000, she ran for Miss Hong Kong and made it into the top five. She won the Miss Most Eye-Catching Online Award. 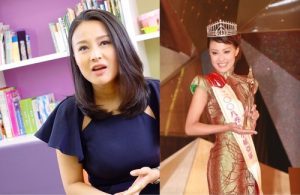 Skye worked as a clerk at a Japanese company once she graduated from the Chinese University of Hong Kong with a degree in Japanese Studies. She later joined Cathay Pacific as a flight attendant. In 2008, she participated in the Miss Hong Kong beauty pageant. Her short hair left a deep impression, and she won the runner-up and Miss International Goodwill. 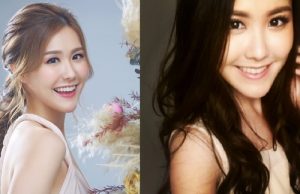 Moon majored in Film and Television at the Hong Kong Baptist University. She worked as a model and flight attendant before following her mother’s footsteps of competing in the Miss Hong Kong beauty pageant. Unlike her mother, Moon successfully won the second runner-up title.

After completing her Miss Hong Kong duties, she actively developed her career as an actress. She has noteworthy performances in the dramas, A Fist Within Four Walls <城寨英雄>, Two Steps From Heaven <幕後玩家>, The Exorcist’s Meter <降魔的>, and Life on the Line <跳躍生命>.