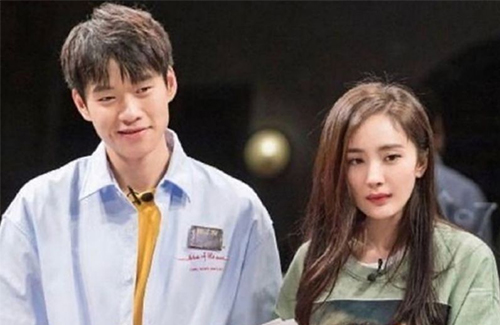 Within months after confirming their split, Chinese media reported that Yang Mi and her Great Escape <密室大逃脱> costar Wei Daxun (魏大勋) have been seeing each other. Neither Yang Mi nor Wei Daxun ever acknowledged the dating rumor, despite paparazzi reporting multiple sightings. 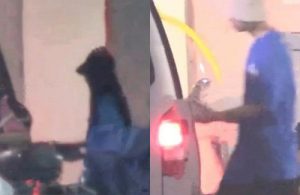 Recently, paparazzi spotted the “Mixun” couple appearing together in Hengdian—but at different times. Yang Mi was seen first, getting picked up by white mini-van. Later, Wei Daxun appeared—wearing bucket hat similar to Yang Mi’s—getting picked up by the same mini-van that had picked up Yang Mi moments earlier.

There is speculation that the rumored couple are already living together.

Netizens are supportive of the couple, even encouraging them to get married quickly. “Dating is normal,” said one netizen. “They’re both perfectly single.” Another netizen commented, “If they’re actually together then admit it! Stop wasting time!”