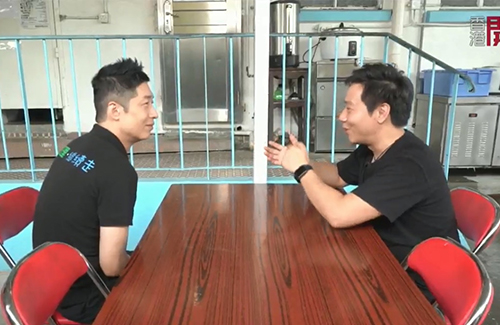 From 2015 to 2017, approximately 11,500 people in Hong Kong were incarcerated. It is never easy for an ex-convict to transition back into the community once they are released. Produced and hosted by Steven Ma (馬浚偉), the talk show Keep Going <同理‧繼續走> brings more awareness of their struggles, and aims to talk about what it takes to provide the most positive transition experience for these ex-convicts.

“Before I was in prison, I was still using a regular mobile phone,” said Cheuk Him (卓謙), who spent three years in prison for drug possession and use. “I only used it to call and receive. After I was released, I was given a smart phone. I didn’t know how to turn it on, let alone use it. I was starting to feel completely disconnected with society. I felt lost.”

Cheuk Him, now in school for a social work diploma, was arrested for drug possession and use when he was 24 years old, and spent three years in prison. Him was an outstanding student, but his eagerness to be accepted by his peers led him to a path of destruction. Introduced to the world of drugs when he was in Form 3, he was already selling, possessing, and taking drugs by the time he was 17 years old. He was admitted to the Hei Ling Chau Addiction Treatment Centre, but recovery was difficult and he quickly regressed.

Instead of facing his troubles, Him chose to avoid them. Recovery is a never-ending process, and 20 years later, Him finds that he is still facing the consequences of his actions.

As Him reflects on the past 20 years, he said it felt like he had slept a long sleep. “After all these years, my parents never gave up on me,” he said. Him’s parents continued to love him unconditionally despite his flaws. “The son’s mistake is the father’s duty (養不教，父之過).” Those words by his father became the driving force for Him to leave his past behind.

Him’s mother said, “I was once so angry that I had to slap him. His father even wanted to change the locks of the door so he couldn’t go home, but in the end, Cheuk Him is still our son.” His father said, “He is our son. It was our fault that he turned out like that. We couldn’t leave him.” 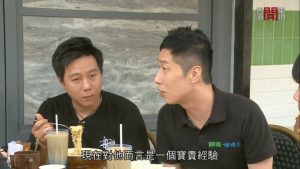 Steven then said that love is very important, and it is was love that saved Him’s life.

After his promotion, Him continued to stay in the addiction clinic to complete his social work degree while volunteering as a counselor. “As a recovering addict, I could understand them. I know that process is difficult, and my job is to encourage them to keep going.”

Steven said, “Looking back at the bad habits he had developed in the past 20 years, to him, they were a very treasurable experience. It is the power and motivation he needs to keep going on in the future. He wants to be a social worker, he wants to help, and he’s went through the experience. His experience is the best persuasion.”