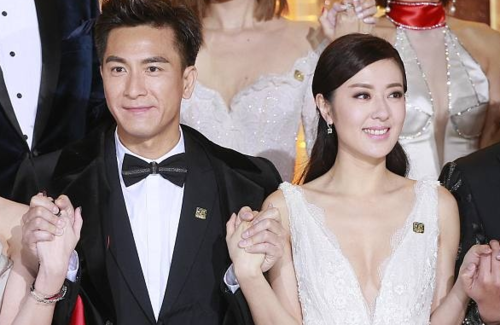 After both Kenneth Ma and Natalie Tong (唐詩詠) returned to singlehood, the media reported that the pair of god-siblings transformed into lovers. Though both parties denied the news, recently, Natalie’s former rumored boyfriend, tutoring king Samuel Chan (陳思銘), posted a cryptic message on social media suggesting that he was dumped for another man. Netizens immediately assumed Samuel was referring to Natalie and Kenneth. With the allegations heating up rapidly, tabloids are now claiming that Natalie is pregnant with Kenneth’s baby. 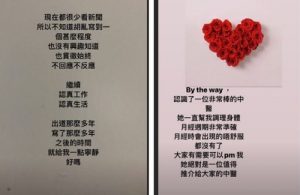 Seeing that the once harmless rumors have gotten out of hand, Natalie took to her Instagram story to put an end to them. She wrote, “I rarely read the news nowadays, so I don’t know what nonsense was written. I’m not interested in knowing, and I don’t want to respond. I will continue to work hard and live life. Rumors have been written about me since I’ve debuted; can’t I get some peace?” 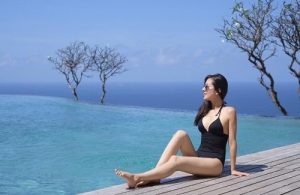 Later, she indirectly denied the pregnancy speculations by expressing her menstrual cycle has been regular. She said she met a really good Chinese medicine practitioner, who has been helping her regulate her body. “My menstruation comes on time. I don’t feel any discomfort during menstruation either,” Natalie wrote. “You can private message me if you need her help. She is definitely a Chinese medicine practitioner worth recommending to everyone.”

Accused of Being the Third Party

Kenneth also addressed the rumors, as he felt the need to respond after tabloids claimed Natalie and he are bringing their relationship to light after he impregnated her. “I hope the media will let us off and stop spreading such rumors. I didn’t comment on it before because I thought, ‘It’s fine. I’ll treat it as promotion for Big White Duel <白色強人>.’ But now my character is defamed,” the actor said. 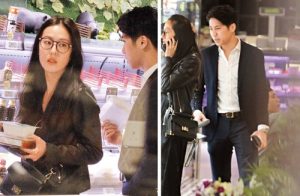 He added that he doesn’t wish to be associated with Samuel’s name anymore. At the beginning of 2019, Natalie was reported to be dating Samuel after the media discovered they went hiking together. However, Samuel recently hinted at heartbreak with a cryptic post that he published on social media. He wrote, “Another male lead came into her life. Although the man appears to be overly eager, he seems to treat her really well.” 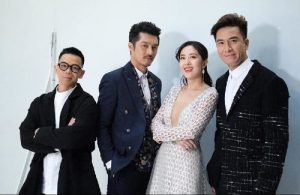 As a result of the post, netizens labeled Kenneth as a homewrecker. Unhappy, Kenneth allegedly badmouthed Samuel to his friends to defend Natalie. To this, Kenneth replied, “First of all, I don’t know him, and I don’t know what relationship he has with Natalie. Whenever the A Fistful of Stances <鐵馬尋橋>‘siblings’ meet up, we don’t discuss our love lives. Natalie never brought this man to our gatherings, and we’ve never talked about him, so why would I curse him out?”

The TV King added that the last time he saw Natalie was at a birthday dinner with Edwin Siu (蕭正楠), Priscilla Wong (黃翠如), and a few others.