Taiwanese Mecha Anime “Baryon” Was 12 Years in the Making 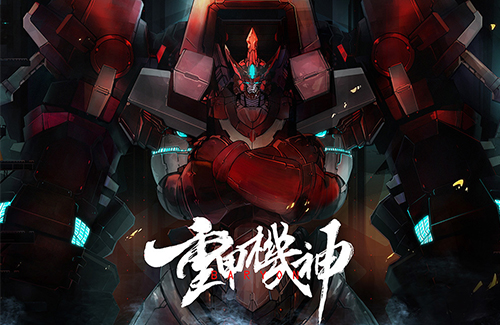 From its conception to the last day of post-production, Taiwan’s first full-length mecha anime feature Baryon <重甲機神：神降臨> took 12 years to make. Directed by Jo-Jo Hwang (黃瀛洲) and Chi Tun-chih (紀敦智), Baryon is set in the near-future, when civilization is under attack by a sky invasion. Taiwan escapes the first wave of attacks and prepares its defenses under the sea, but starting a new civilization underwater has proven to be a dangerous choice.

The post-production of Baryon had been hectic. According to Hwang, voice editing and mixing took only five days to complete. The team traveled to Tokyo, Japan to have the mixers at the renowned Panda Studio to complete the project. It took five days and four nights of non-stop work. The mixing is headed by the acclaimed Makoto Sumiya (住谷真), who has done work for anime such as Rebuild of Evangelion, Patlabor 2: The Movie, and Porco Rosso.

The team originally didn’t plan on having Panda Studio to do the mixing, but the studio managed to fit them in their tight schedule. Hwang recalled, “This all happened during the typhoon [in Japan]. At the time, the entire country was shut down, and we couldn’t leave the studios. When we get tired, we would take a break in a corner and order take out. We worked on it nonstop for five days without sleep or rest.”