Tavia Yeung (楊怡), Wong Hei (王喜), and Zeng Min (曾敏) appeared as guests at a real estate ribbon-cutting ceremony in the Ho Man Tin district. Tavia revealed that she was interested in a 1,000 square feet apartment, which had an asking price of more than $20 million HKD. Tavia joked that she will need to ask the real estate developer for a discount, “The value of Hong Kong dollars do not have staying power; of course I have to buy bricks!”

Admitting that she was interested in purchasing property, Tavia joked that TVB needed to increase her salary, so that she can ascend to landlady status. Regarding rumors that this year’s TVB Anniversary TV Queen Award was a battle between Fala Chen (陳法拉) and Myolie Wu (胡杏兒), Tavia did not deny that she will cast a vote for herself, “Whoever wins is okay; the most important thing is to look beautiful!”

Entering the mainland China market recently, Wong Hei vowed that he will be able to save enough money to purchase the special feature apartment unit. “I will not ask for a discount; I have the ability.” Wong Hei refused to compare his former TVB compensation with his mainland fee.

Regarding claims that Charmaine Sheh (佘詩曼) was branded as being a “traitor” by leading a recruitment effort to lure TVB artists into joining rival television stations, Wong Hei stressed that changing jobs was natural and should not be labeled as a traitorous act. Jayne: Does Tavia already own her dream home and thus she wishes to purchase a second condo unit to rent out? 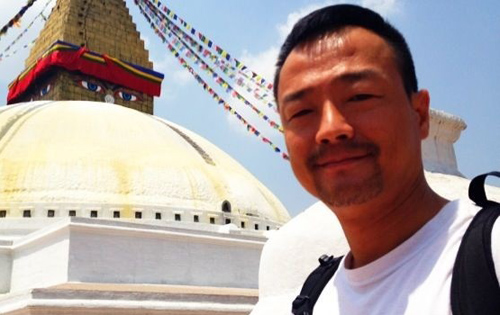