“The Defected” is TVB’s Most Viewed Drama of the Year 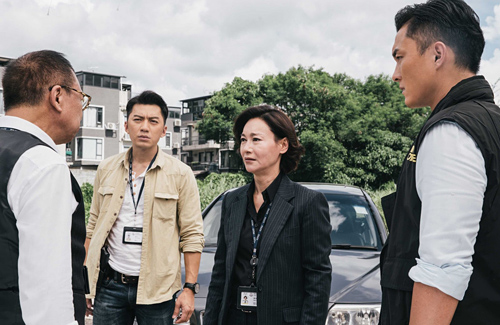 For the week ending May 5, TVB’s ratings report was just released. Competition between Come Home Love: Lo and Behold <愛•回家之開心速遞> and The Defected <鐵探> is heating up! Come Home Love has always had guaranteed ratings, and they maintained their viewership at 28.1 points. However, The Defected is the ultimate ratings winner this week with 29.4 points. Mainland drama, Heavenly Sword and Dragon Slaying Sabre <倚天屠龍記> is slowly catching up with 26.2 points and has already beat out previous drama The Legend of Hao Lan’s <皓鑭傳> highest weekly rating during its Hong Kong broadcast.

TVB had invested a lot of money and hope into The Defected and it is all paying off. The current average ratings is 28.5 points and it has already surpassed The Learning Curve of a Warlord’s <大帥哥> 27.7 points to become TVB’s most viewed drama for 2019. The ratings for The Defected‘s last week of broadcast hasn’t been released yet, but if it is able to achieve a weekly rating of 31.5 points, it would put the final average rating at 30 points. This would make The Defected the highest rated TVB drama in three years. The last drama to surpass 30 points was A Fist within Four Walls <城寨英雄> in 2016.