Shelved for over two years, TVB drama Chinatown <唐人街> has been renamed as The Righteous Fists <鐵拳英雄>, and will finally be airing on January 10, 2022.

Set between 1960 to 1970, The Righteous Fists take place in the streets of Bangkok, Thailand, where local Chinese residents have been long-time victims of oppression and abuse. Through traditional martial arts and kung fu, Ruco, Joel, and Philip attempt to break free from their fate and fight for their rights.  With the drama packed with action scenes, Joel and Ruco revealed that The Righteous Fists contain the biggest fight scenes in their acting careers, as it showcases the wonders of Bajiquan, Muay Thai, Wing Chun, and Hung Kuen. 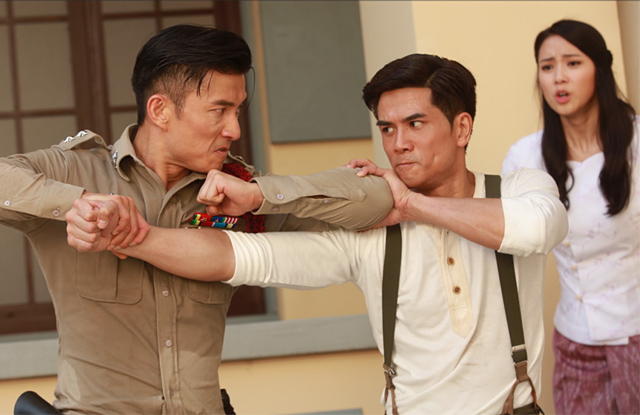 Due to the cast, The Righteous Fists will likely remind viewers of A Fist Within Four Walls, which earned a 35.2 viewership rating during the finale. The drama swept five awards at the TVB Anniversary Awards, including earning Ruco and Nancy Wu’s (胡定欣) first win as Best Actor and Best Actress respectively.

Although filming was finished in 2019, The Righteous Fists’ broadcasting schedule was pushed back several times, even leading Ruco to believe that it would be shelved indefinitely. The broadcast version is speculated to have removed some sensitive topics, and will take over Hello Misfortune’s <愛上我的衰神> timeslot in January.

Since the cast has to film without masks, they are doing daily COVID-19 testing to ensure safety.